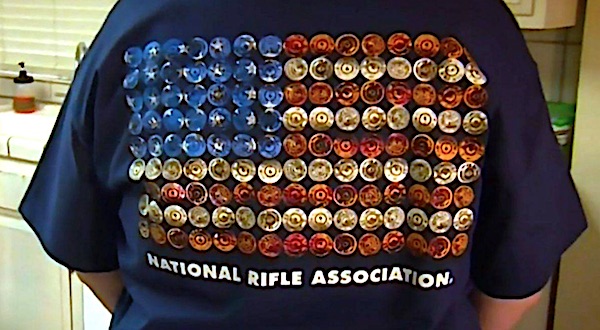 Democratic presidential hopeful Joe Biden claimed claimed last night at the debate in South Carolina that 150 million people in America have been killed by gun violence since 2007.

That would be nearly half the nation's population.

"We saw Joe Biden lose his cool a couple of times on that stage [of a Democrat debate Tuesday]," said Alan Gottlieb, chairman of the Citizens Committee for the Right to Keep and Bear Arms.

"But when he blurted that ridiculous claim about gun-related deaths, we wondered if he had lost his mind. His statement is so demonstrably wrong that it ranks right up there with saying the moon is made of bleu cheese."

It was just the latest of Biden's gaffes.

"It might be excusable if this were a one-time event," Gottlieb said, "but Biden has been bragging for years about his gun-control record, claiming he knows this subject well enough to have defeated the gun lobby, so he ought to know the data reflexively. He just told the country that nearly half of the population has been killed by gunfire over the past 13 years. Nobody can make such a preposterous claim and get away with it.

"Biden has been in government for decades and he must be familiar with the annual FBI Crime Reports and estimates from the Centers for Disease Control and Prevention. If Biden was Pinocchio, right now his nose would be about the size of a California Redwood," Gottlieb said.

Fox News reported Biden "lambasted Sanders' record on gun control, particularly his vote in support of a law that protects firearms manufacturers from being held liable when gun violence and crimes are perpetrated."

Sanders later disavowed the legislation in 2016.

"Imagine if I stood here and said we give immunity to drug companies, we give immunity to tobacco companies. That has caused carnage on our streets," Biden said. "One hundred fifty million people have been killed since 2007 when Bernie voted to exempt the gun manufacturers from liability, more than all the wars, including Vietnam from that point on."

The report said the number of firearm deaths in the U.S. between 2007 and 2017 actually was about 370,000, including both violent deaths and accidents.

This is profoundly untrue. Biden is off by about 149.9 million. pic.twitter.com/xNAWirOW7D

The Washington Examiner' Brad Polumbo pointed out that neither the moderators nor his competitors "corrected his ludicrous error."

"Why? Well, because disinformation and factual errors are par for the course in the Democrats' anti-gun narrative. Of course, Biden may not have meant to spread misinformation to millions of debate viewers. Maybe he meant 150,000, and it was just a slip-up, as the mentally declining, aging candidate is increasingly prone to do. But we must realize that Democrats regularly push such disinformation on gun control."