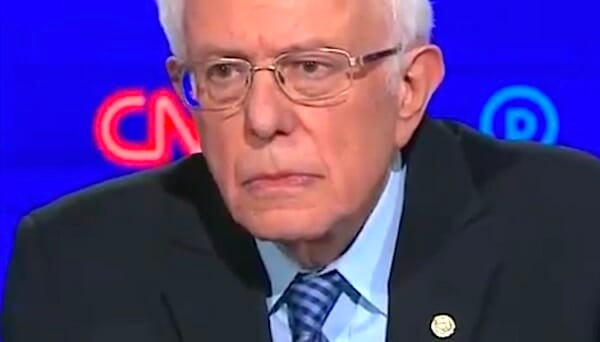 Rivals of billionaire Michael Bloomberg for the Democratic Party nomination have criticized him for his non-disclosure agreements in settlements with woman who have made sexual harassment claims against him.

Now, the leading candidate for the nomination, Sen. Bernie Sanders,  has a similar problem.

The Associated Press reports a Sanders organizations, Our Revolution, has an NDA tied to a lawsuit alleging racial discrimination at the organization and the Vermont senator's 2016 presidential campaign.

The agreement is tied to a 2019 lawsuit in which consultant Tezlyn Figaro charged Our Revolution fired her due to her race and in "retaliation for complaining about the organization’s treatment towards her and African-Americans."

The case was resolved out of court.

A political group founded by Bernie Sanders entered into a nondisclosure agreement with an African American political consultant after she filed a discrimination lawsuit against the group, @AP has learned. https://t.co/D1DVgiWZEf

Sanders says he's building a movement of many races and generations.

But the AP cited legal experts saying that argument could be undermined by the NDA preventing Figaro from discussing her experience.

Figaro worked on racial justice issues for the Sanders campaign in 2016 and then on black outreach issues for Our Revolution.

The case was settled last July for an unannounced amount.

Our Revolution was set up after Sanders was defeated by Hillary Clinton in the race for the Democratic presidential nomination in 2016, the AP said. She was brought into the organization by Nina Turner, who now is Sanders' 2020 campaign co-chairwoman.

But board members objected to Figaro's previous comments about immigration.

She said, for example, "If AMERICAN black folks can go to jail when they break the law then certainly so can an illegal immigrant."

A former campaign worker told AP that Sanders may be trying to fix such behavior in his campaign, but "he still has some work to do."