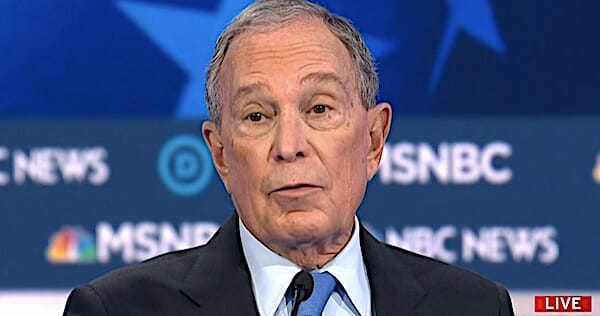 Billionaire Democratic presidential hopeful Mike Bloomberg, who has spent some $500 million of his fortune for campaign ads, says a rebellion against the elite brought Donald Trump to the White House in 2016, but now voters want "stability," and he's just the man for the job.

The comment came in a "60 Minutes" interview with Scott Pelley to air Sunday.

"A few years ago there was a revolution against the intelligentsia. People said, 'you know, those people, particularly on the coasts, are trying to tell us what to do.' They wanted a change. That explains Donald Trump. Now, people seem to have changed," Bloomberg told CBS. "This cycle, people want stability."

Bloomberg boasted of his management experience, saying he's been "training" for the job for nearly 20 years.

"There is nobody else running who has any management experience whatsoever in any of these things. But you have to have someone who has been there, done that, and will do it right and will guide us through the tough times particularly day one," he said.

The former New York City mayor, with an estimated worth of $56 billion, has been simply writing checks for the costs of his campaign.

His name will appear on the ballot for the first time in next week's "Super Tuesday" primaries, when 16 states and primaries will vote.