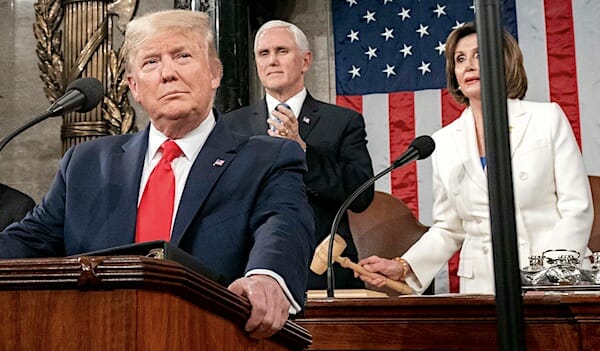 An expert on government budgets, Robert Romano of Americans for Limited Government, warns that Congress risks the nation's future if it ignores President Trump's proposed budget, which cuts $4 trillion in proposed spending.

In a column on his organization's website, Romano explained that Trump's proposes cutting $4.4 trillion in spending over the next decade, forecasting a balanced budget in 15 years.

"With Congress, when it comes to the debt, the sky's the limit. Meaning, President Trump's budget with its modest $4.4 trillion of cuts over 10 years is the only game in town," he wrote. "It may not balance the budget immediately, but at least there's a horizon, and that's more than Congress can say."

Romano said Trump's plan spends $56.3 trillion over the next decade, instead of the $60.7 trillion that current law would allow.

What's needed is action from Congress.

"Since 1980, the national debt has averaged 8.74 percent growth a year while the economy has only managed 5.4 percent nominal growth, that is, before adjusting for inflation," he explained. "If these trends continue without any fiscal adjustments by Congress, by 2037, the national debt will reach a whopping $100 trillion, or about 192 percent of debt to GDP, which will only be about $56.5 trillion by that time."

He said the real question is what receipts will do relative to outlays.

"Since 2017, tax revenues have increased an average 1.97 percent a year, but spending increased 4.94 percent, according to OMB data. But that data is during arguably from the best of economic times, with the Trump economy scoring record low unemployment, 7 million new jobs and sustained economic growth," he wrote.

"The times the deficit blows up is when the business cycle ends and an eventual recession occurs, as one surely will. Then, receipts take a huge hit while Congress tends to engage in countercyclical spending."

He noted that Social Security, Medicare and Medicaid spending already is set in the law, and as more people become eligible, the bill grows.

"That is why Congress needs to prioritize. If these larger ticket programs are a top priority for funding – both parties say they are – then Congress has to find other areas to cut not deemed essential."

"If Congress worked, and the House majority actually wanted to govern, they would make budget deficit reduction a primary focus in 2020," he said.

"Unfortunately, what they really want is to blame the president for their credit-card abuse. It’s time for Americans to tell Congress the cut the budget now."