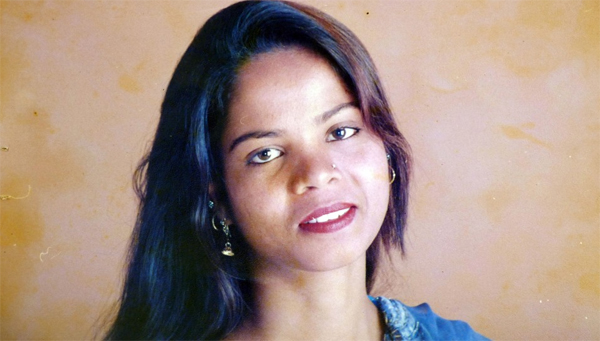 A Christian woman who escaped the "near-total enforcement of Shariah" in Islamic Pakistan warns that the Christians who remain face a constant "sword of Damocles."

Asia Bibi, who spent eight years on death row in Pakistan on a false charge of blasphemy, issued the warning in an interview she gave to the Tribune India.

Robert Spencer at Jihad Watch said the "persecution of Asia Bibi was a particularly ugly chapter in the history of the Islamic Republic of Pakistan and its enforcement of Shariah blasphemy laws."

Bibi was acquitted by the Pakistani Supreme Court, but mobs began rioting, calling for her blood as they hunted for her from house to house.

Spencer said that while Bibi made it out of the country, Christians still in Pakistan live "a precarious existence under near-total enforcement of Shariah."

The Tribune report said Bibi's trauma began when she intervened in a fight and was charged with blasphemy under a law criticized globally. A trial court in 2010 sentenced her to death on blasphemy charges. After eight years, she was acquitted by a higher court and allowed to leave for Canada."

In a new book about her by French journalist Anne-Isabelle Tollet, she says she "became a prisoner of fanaticism and tears were the only companions in the cell."

"My wrists are burning me, it is hard to breathe. My neck is encased in an iron collar that the guard can tighten with a huge nut. A long chain drags along on the filthy ground. This connects my neck to the handcuffed hand that pulls me like a dog on a lead. Deep within me, a dull fear takes me towards the depths of darkness. A lacerating fear that will never leave me," she says.

"Even with my freedom, the climate does not seem to have changed and Christians can expect all kinds of reprisals. They live with this sword of Damocles over their head," she says.

Last year, a video circulated in which a Muslim youth, claiming to be in Canada, vowed to kill Bibi even though she was cleared by Pakistani courts.

"This message is for all the enemies of Islam and to the Jew government who helped her get out of Pakistan," the man declared, according to a translation provided by the British Pakistani Christian Association, reported Breitbart News.

"To give Asia Bibi a terrible death and to send her to hell I also reached Canada last night," he said.

As WND reported, Bibi was held in protective custody after Pakistan's Supreme Court overturned the conviction and death sentence in October as members of the Tehreek-e-Labbaik Pakistan political party and others vowed to kill her, her family, and the judges and lawyers who helped her.