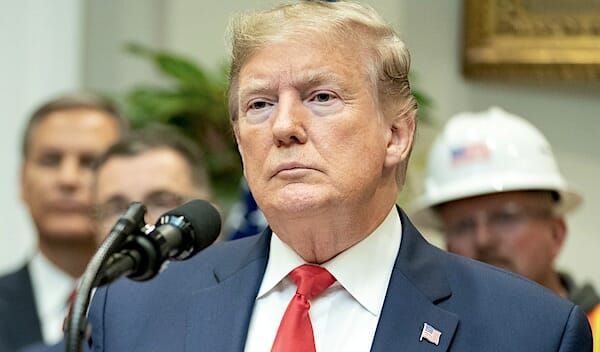 Democrats criticized as "racist" the White House announcement that the Trump administration has restricted travel from an additional six nations for reasons of national security.

Acting Department of Homeland Security Secretary Chad Wolf told reporters on Friday that after a "systematic review" of all countries, the administration has added Burma, Eritrea, Kyrgyzstan, Nigeria, Sudan and Tanzania to the list.

"The Trump administration’s expansion of its outrageous, un-American travel ban threatens our security, our values and the rule of law," she said in a statement. "The sweeping rule, barring more than 350 million individuals from predominantly African nations from traveling to the United States, is discrimination disguised as policy."

She vowed that Democrats will do everything in their power to resist the president.

"In the Congress and in the Courts, House Democrats will continue to oppose the Administration’s dangerous anti-immigrant agenda," she said. "In the coming weeks, the House Judiciary Committee will mark-up and bring to the Floor the NO BAN Act to prohibit religious discrimination in our immigration system and limit the President’s ability to impose such biased and bigoted restrictions."

Jihad Watch Director Robert Spencer commented that the Trump administration contention that the bans are needed for security reasons is "entirely reasonable."

For many on the left, however, Spencer said, "concern for national security is 'racist' and must be done away with."

Wolf said the additional six nations have lighter restrictions than the original seven.

"These countries, for the most part, want to be helpful, want to do the right thing, have relationships with the U.S. and are in some cases improving relations, but for a variety of different reasons failed to meet those minimum requirements that we laid out," he said. "And really the only way to mitigate the risk is to impose these travel restrictions."