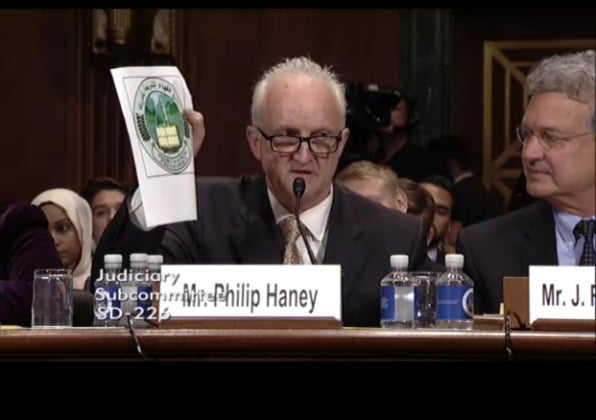 Former Department of Homeland Security whistleblower Philip Haney – known for exposing how political correctness compromised national security during the George W. Bush and Barack Obama administrations – was found dead Friday of a gunshot wound near his vehicle along a highway east of Sacramento, California.

In a statement Saturday, the Amador County Sheriff's Office coroner said deputies and detectives at the scene Friday morning found a firearm near his body. They believe he suffered a single, self-inflicted gunshot wound. But the coroner said the investigation is ongoing, and many of Haney's friends who had spoken to him in the past week say he was happy and looking forward to getting married.

Haney, 66, was the co-author, with Art Moore, of the bestseller "See Something, Say Nothing," which chronicles his repeated conflict with his agency over its policy of Countering Violent Extremism. The policy was shaped in large part by Islamic supremacists and political appointees who minimize or dismiss the relationship of Islam to terrorism.

His agency's response to his efforts to identify terror threats – including the networks that later were responsible for the Boston Marathon bombing and the San Bernardino massacre – was to eliminate his intelligence, shut down his cases and punish him.

Haney explained to Kelly how his case could have prevented the massacre if it had not been shut down.

See one of Sean Hannity's many interviews with Philip Haney:

In June 2016, Haney's Senate testimony of his agency's politically correct "purging" of intelligence on terrorist networks in the U.S. caused a stir on Capitol Hill. He told a subcommittee of the Senate Judiciary Committee chaired by Sen. Ted Cruz, R-Texas, that the Obama administration "modified" or eliminated more than 800 of his records related to the Muslim Brotherhood network in the U.S. because they were deemed to be an offense to Muslims.

In addition, Haney said, a highly successful case he helped develop as a member of one of the National Targeting Center's advanced units was shut down by Hillary Clinton's State Department and the DHS Office of Civil Rights and Civil Liberties out of concern for the "rights" of foreign Muslims. And after Haney retired honorably in 2015, he discovered that had his case continued, it might have prevented both the Orlando and the San Bernardino attacks.