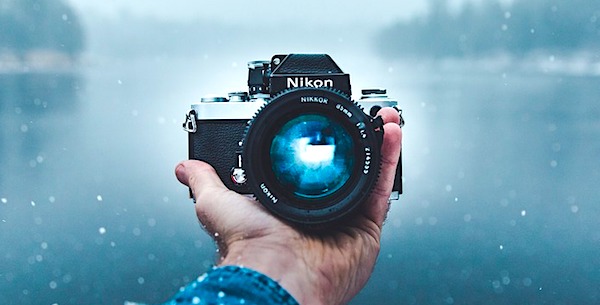 Affirming that the U.S. Supreme Court has upheld the rights of those who oppose same-sex marriage, the Justice Department has endorsed a Kentucky photographer's refusal to work for a same-sex wedding.

Chelsey Nelson and her Chelsey Nelson Photography are suing Louisville over its "non-discrimination" ordinance, which is like others around the nation that have been used against people who adhere to biblical moral standards or traditional marriage precedents.

The Alliance Defending Freedom said the Louisville law "forces her to use her artistic talents to promote same-sex wedding ceremonies if she photographs and blogs about weddings between one man and one woman."

"The Louisville law also forbids [her] from publicly explaining to clients and potential clients through her studio’s own website or social media sites the religious reasons why she only celebrates wedding ceremonies between one man and one woman. Louisville considers such 'communications' as indicating that services will be denied or that someone’s patronage would be 'objectionable, unwelcome, unacceptable, or undesirable' because of sexual orientation," ADF said.

The U.S. Supreme Court's 2015 majority opinion in its decision establishing a right to same-sex marriage assured Americans who oppose same-sex marriage that their right of religious expression would be protected.

"I assume that those who cling to old beliefs will be able to whisper their thoughts in the recesses of their homes, but if they repeat those views in public, they will risk being labeled as bigots and treated as such by governments, employers, and schools," he warned in a minority opinion.

Now, the DOJ has filed a statement of interest in the Nelson case, supporting her request for a preliminary injunction that would halt enforcement of the LGBT ordinance.

The DOJ said the United States "has a substantial interest in the preservation of its citizens' rights to free expression and the free exercise of religion."

The dispute centers on "whether the government can compel a wedding photographer to photograph, provide photography editing services for, and blog about weddings of which she does not approve, and does not wish to photograph or to promote."

"The answer is no," the DOJ said. "The Supreme Court has made plain that the government cannot 'compel individuals to mouth support for views they find objectionable.'"

Jonathan Scruggs of ADF said Friday: "Every American, including photographers and writers like Chelsey Nelson, should be free to peacefully live and work according to their faith without fear of unjust punishment by the government. We appreciate the DOJ's support of that principle in its statement of interest filed today.

"Chelsey serves all people. But the Louisville government is trying to compel Chelsey's speech, force her participation in ceremonies she objects to, and eliminate her editorial control over her photographs and blogs."

He pointed out that last year a federal appeals court concluded Minnesota could not force wedding videographers to film weddings that they did not wish to film.

The case is pending in U.S. District Court for the Western District of Kentucky.

"It is refreshing to see the Department of Justice defend the right to free speech. No person should ever be forced to speak a message prescribed by the government. The First Amendment guarantees the right to speak and the right not to speak," added Mat Staver, chairman of Liberty Counsel.