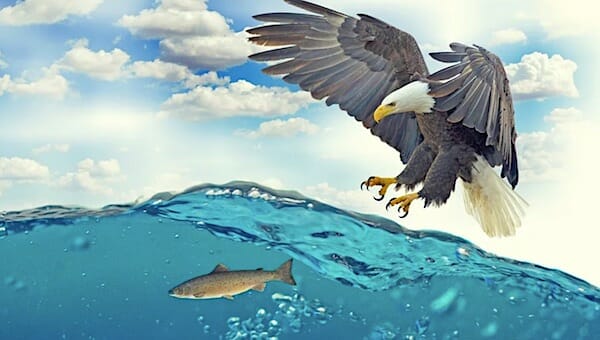 The concept of rights in America has strayed far from the Founders' intent to protect the inalienable rights granted by God.

So far afield, in fact, that activists in Florida are insisting that a river be granted the right to sue if someone "injures it."

Activists with the non-profit group Our Santa Fe River are seeking to "establish an amendment to Alachua County's charter to provide rights to the river to protect it from harm."

They claim that the "new concept" is "catching on in the U.S. as well as abroad."

The river runs through Alachua County, which includes Gainesville, the home of the University of Florida.

Mark Miller, however, a senior attorney with the Pacific Legal Foundation, warned that if the activists succeed, it will erode the only rights courts should recognize – the rights of individuals."

In a recent commentary on the organization's website and in the Gainesville newspaper, noted such "rights" never before have been recognized by an American court.

"To be sure, a 'right of nature' law in favor of the river has superficial appeal. Who does not want a clean river? But if the activists believe our rivers, lakes and other precious resources are not clean enough, then they need to take that to the legislature, the executive agencies charged with protecting our natural resources or the courts through statutes that allow for citizen suits — like the Clean Water Act. Moreover, if they suffer concrete injuries because of pollution, the activists may seek relief in court," he explained.

The amendment, however, would create "ambiguous, new, limitless 'rights of nature' through the courts" that mixes up the responsibilities of government branches and would threaten tyranny."

"The legislature writes the law, the executive branch enforces the law and the judiciary interprets the law. But the 'rights of nature' activists ignore this defense of individual liberty and implicitly invite the judiciary to write the law by fleshing out what the 'rights of nature' are, then interpret those rights and enforce them against individuals — according to how the activists want them enforced," he said.

"How could the activists ever know what the river wants? They can't, of course — it's an inanimate object. Yet they’ll use this legal fiction (in other words, make stuff up) to sue private parties and put the activists' interests above the interests of the people, as expressed through the legislators the people sent to Tallahassee to do the people's business," said Miller.

The activists, he charged, are trying to "grab unlawful power for themselves."