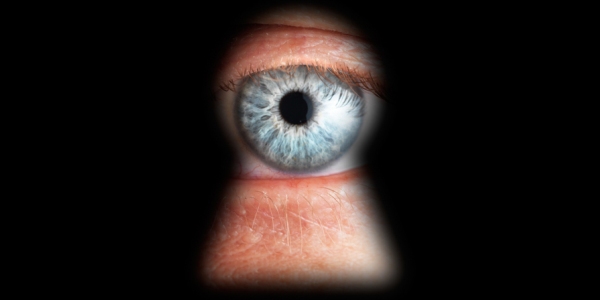 A retired FBI agent who ran the bureau's warrantless spy program says he warned James Comey and Andrew McCabe that the program was a waste of money that infringed on citizens rights, long before the Obama administration used bogus evidence to obtain warrants to spy on the Trump campaign.

Retired Special Agent Bassem Youssef, who led the FBI's Communications Analysis Unit from late 2004 until his retirement in late 2014, said Comey, then the bureau's director, and then-deputy director McCabe refused to act,reported Just the News.

Youssef said he fears the program, launched in response to the 9/11 attacks, might have been used to enable the kind of inappropriate spying that targeted Trump's 2016 campaign.

"I have no doubt, or very little doubt, that it was used for political spying or political espionage," he said in an interview with the "John Solomon Reports" podcast.

An audit of the program run by Youssef showed it had generated two moderate leads for counterterrorism cases over the years, and it "had not helped thwart dozens of terrorism attacks," the report said.

The audit did reveal "collateral damage" for Americans whose phone records and other information was accessed.

"I explained to [McCabe] again, the model that I was looking to establish and to let him know that we were not really getting good support from this program, and that maybe we should reconsider this whole thing, unless we can re-tweak it," Youssef said in the podcast. "And I remember, he was so adamant about, we need this program. We're keeping it as this, even though we're not getting anything out of it."

Just the News reported the FBI, DOJ and lawyers for Comey and McCabe declined comment.

Youssef recalled meeting with Comey in 2014, shortly before he retired.

"It was a very lengthy briefing," he said. "He was very interactive. He asked very good questions. And after I explained everything to him, his only concern was not that we should shut it down, or that we should change it so that we can protect civil liberties … his concern was, do you have a problem or concerns with the statutory authority?"

He said he believes Comey and McCabe understood the problems.

Just the News reported Youssef was one of the FBI's early counterterrorism success stories.

He worked on major cases such as the World Trade Center bombing and the Khobar Tower bombings, and was praised by former FBI Director Louis Freeh.

But after 9/11, he was sidelined in a human resources dispute with bosses. Youssef eventually was restored as a supervisor running the CAU unit that oversaw the warrantless spying program.

The FBI kept the program going until Trump shut it down last year.

Youssef said he's deeply concerned that the NSA program may have been abused.

The abuses, he said, "were rampant, and not just for the FISA process, the FISA program, but for other programs that were used to spy on the Trump campaign."

"That to me is almost the obvious conclusion of what I've seen."