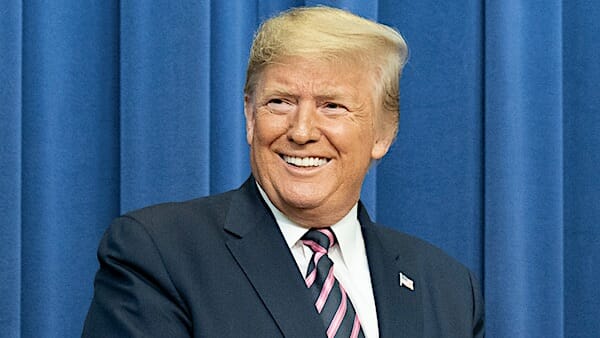 House Speaker Nancy Pelosi has declared that President Trump has been "impeached forever" in the House by a vote supported only by Democrats.

However, Republicans now are eyeing the possibility of expunging impeachment from the record if they retake the majority in the U.S. House, the New York Post reports.

Republican Minority Leader Kevin McCarthy pointed out it was "the fastest, weakest, most political impeachment in history."

"I don't think it should stay on the books," he said.

The Post noted that if McCarthy takes the gavel from Pelosi in 2021, he would have the power to hold a vote on expungement, which almost certainly would yield party-line support.

McCarthy has said he wants to "get to the bottom" of the Democrats' campaign to impeach the president, led by Pelosi, Intelligence Committee Chair Adam Schiff, D-Calif., and Judiciary Committee Chair Jerrold Nadler, D-N.Y.

That could provide a factual basis to expunge impeachment from the record.

McCarthy cited evidence from House hearings that Democrats still have not released, the intelligence community inspector general's testimony about his interaction of the "whistleblower."

Republicans need to flip 18 seats to retake the House.

Rep. Jim Jordan, R-Ohio, said "the president should have never been impeached in the first place," which makes expunging the record a "good idea."