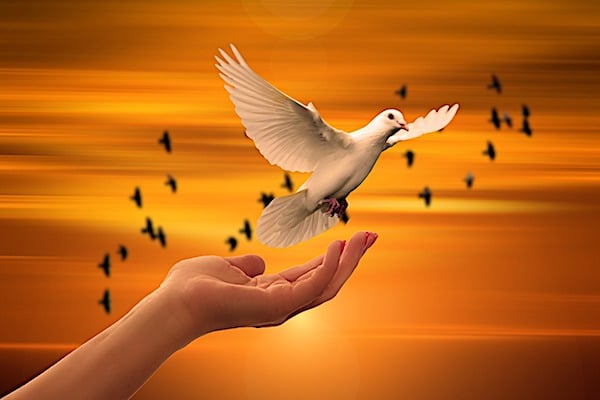 The case centers on whether or not the government has a right to determine who qualifies as a "minister" for religious organizations.

Our Lady of Guadelupe School and St. James Catholic School in California released from contract two teachers whose responsibilities included teaching about the Catholic faith.

The Supreme Court ruled in the 2011 Hosanna-Tabor case that a Lutheran school had the right to choose who will teach its faith precepts to students.

However, the much-overturned 9th U.S. Circuit Court of Appeals ruled in 2012 contrary to the Supreme Court precedent.

The Alliance Defending Freedom argued in a brief that a "minister" should be "defined by objective evidence based on religious functions the employee performs, as defined in good faith by the religious organization, rather than letting the government define who is a minister and who is not."

That brief was filed on behalf of the Association of Classical Christian Schools, the Cardinal Newman Society, William Jessup University and the Association for Biblical Higher Education.

"As the Supreme Court has made clear, the First Amendment bars the government from interfering with a religious group's employment decisions regarding its ministers," said ADF Senior Counsel John Bursch. "While lower courts have disagreed about the right way to define 'minister,' any definition should be primarily based on the religion functions an employee is asked to perform, respect the autonomy of faith-based schools, and keep the government from interfering with the internal operations and autonomy of religious organizations."

Our Lady of Guadalupe School runs classes for Catholic students from kindergarten through eighth grade. In 2015, the school, based on performance reviews, chose not to renew the contract of Agnes Deirdre Morrissey-Berru, a teacher responsible for planning liturgy, educating students in the doctrines of creation and original sin, and instructing about the names, meanings and signs of the seven Catholic sacraments.

St. James Catholic School, running similar classes, chose not to renew the one-year contract of Kristen Biel, the fifth grade teacher. Biel taught religion classes four days a week, incorporated Catholic values and traditions in the other subjects she taught in her classroom, and regularly administered tests to gauge her students’ knowledge and understanding of the Catholic faith.

The brief contends the deciding factor should be whether or not the employee teaches religious content.

"Adopting this proposed test would respect the diversity of this nation’s religious organizations,” promoting religious liberty and autonomy," the organization said.

"The Supreme Court ruled in a unanimous decision that the Constitution bars the government from imposing an unwanted minister on a church," said Senior Counsel Stephanie Taub. "The unanimous court held that this principle applies to at least some teachers at religious schools. Now, the Ninth Circuit has questioned the school's right to freely choose who will teach religion to the next generation."

Its brief explains: "The Free Exercise Clause protects mosques, synagogues, churches, and other religious organizations' right to freely convey their religious teachings through their ministers. The question before the court is who should be considered a 'minister.' Any definition of minister that confines ministers to particular titles or that prefers ministers in particular organizational structures, such as hierarchical, formal churches, must be rejected. Likewise, any definition that requires judicial scrutiny into religious doctrinal questions must also be rejected."

The non-profit legal group Becket also is defending the schools.

The legal team said: "Most courts have ruled that ministerial employees are those employees who perform important religious functions, like instructing young children in the precepts of the Catholic faith. But in both Our Lady of Guadalupe School and St. James School, the Ninth Circuit rejected this widely accepted rule."