The political theater of Iran-U.S. relations is back in the news. Once again, Iran is cast as the "villain." But what we don't hear about are the "hidden heroes" inside Iran – the 800,000 "secret" believers in Iran's explosive underground church movement.

Forty-one years ago, the Iranian-Islamic Revolution shrouded the nation in an oppressive, dark cloud. But now amidst the latest political drama, God is causing a commotion in Iran as the most radical of all reformers – Jesus Christ – steps onto center stage.

Jesus is building his church in this biblical region of ancient Persia, home of such Bible heroes as Nehemiah, Esther and Daniel. In the Bible, Acts chapter 2 lists Elamites, Parthians and Medes – all early Iranians – among those present at the feast of Pentecost celebration in the first century when the Holy Spirit made his power known among believers.

Today, that same power is on the move again in Iran, as true evangelistic revival sweeps the Islamic Republic – and nothing, no one, can stand in its way.

With more than half of Iran's 82-million-strong population under age 35, the majority of Iranians have only known religion used as a political power tool. Christianity is a true revelation – offering forgiveness, peace and hope, all of which are in short supply in a nation dominated by religious plutocrats.

Young Iranians, disillusioned with the hardline regime and its heavy-handed tactics, are eager to experience freedom, hope and joy. As God moves upon hearts, hundreds of thousands of them are finding that fulfillment in the person of Jesus Christ.

Christians in Iran meet mostly in closeted house groups – known as "secret" or "underground" churches – to avoid detection by the police, arrest, imprisonment, beatings and even a sentence of death. It's illegal for Christians in Iran to share their faith with non-Christians, or hold church services in Farsi, the country's common language.

Thousands don't risk meeting with other believers in person at all. They follow Christ covertly, tuning to Christian broadcasts and watching videos online.

Whatever the secret church may look like, there's a power that's bursting forth from within – and, according to missiologists, forming the fastest-growing church movement in the world today.

However, conversion to Christianity in Iran comes at a heavy cost, and life as an "apostate" from the dominant religion is extremely dangerous, placing new believers under the constant threat of physical harm.

Iran's fledgling Christ-followers desperately need the encouragement and strength that comes from others who are going through the same troubles and heartaches – to see, hear and interact with other Iranian believers who've been disowned by their families and face tribulations. They need strong encouragers like Barnabas, the disciple who uplifted the early Christians in the book of Acts.

At this very moment, these Barnabas-like encouragers are emerging from an unlikely source – satellite television. Satellite TV programs can be beamed in Farsi into every home in Iran 24/7. Middle East broadcaster SAT-7 is providing the first opportunity for Iranian believers to share their own stories live on-air with millions of viewers, including extremists, interacting with them in real-time.

Jahan, a former Muslim extremist taught to hate Christians, called into SAT-7's live "Signal" program to share his story. "Before I gave my heart (to Jesus), I read the Book … and I found the way," he said. "My heart aches for my father and mother. They don't answer my calls, and I know if they found me, they'd kill me."

Another viewer shared live on-air how his heart softened after a taxi driver gave him a Bible. "I read John 15:16: 'You did not choose me, but I chose you and appointed you so that you might go and bear fruit' (NIV) … the very same words that I'd heard in a dream."

Live TV testimonies like these are fueling the fires of Iran's secret churches and causing many curious Muslim-background viewers to explore the claims of Jesus for themselves.

Bolstered by the Barnabas-like encouragers beamed into their living rooms, Iranians are on the cusp of a new revolution. Only this time it will be the love of Christ – not the fear of man or political forces – that fashions a new order in their beloved nation.

Things might appear hyper-volatile in Iran right now. But watch closely and pray intently. This could be the year that Iran's "hidden heroes" show the world that the Prince of Peace is ready to bring a Revolution of Hearts to the Middle East. 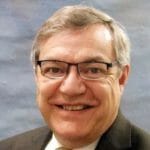