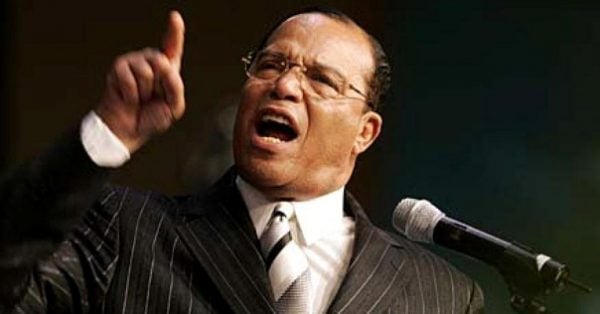 A judge in New York has blocked a government watchdog's independent investigation into the unsolved murder in 1972 of a New York City policeman, because the New York City Police Department claims the Nixon-era case is still active.

Judicial Watch had sought the records of the investigation into the death of officer Phillip Cardillo in 1972 in Louis Farrakhan's Nation of Islam mosque.

Judicial Watch said it cannot obtain the investigatory materials because of the police department's claims.

"No one ever served a day in jail for the killing," Judicial Watch said.

A special prosecutor later concluded there was "a concerted and orchestrated effort by members and former members of the police department to impede the investigation into the murder of Patrolman Philip Cardillo."

"Let that sink in for a moment: the New York Police Department blocked an investigation into the murder of one of its own," Judicial Watch said.

The legal group pointed out that decades later, retired police detective Randy Jurgensen has revived interest in the case with his book, "Circle of Six."

Judicial Watch said that after it stepped in to help, it uncovered new documents and new theories of the crime.

But the police department stonewalled and a judge agreed in a Freedom of Information Law case that police still were investigating.

"Judge Verna Saunders accepted the NYPD's claim, saying she had 'no basis to discredit' the sworn statement of the head of the Major Case Squad," Judicial Watch said.

Then the Appellate Division of the New York State Supreme Court agreed.

"While we continue to doubt that the investigation into the Cardillo murder is 'active' and 'ongoing,' it strikes us that the NYPD claims, if true, are big news. A truly active investigation into the Harlem Mosque Incident would be a bombshell development. It would suggest that an arrest in the case could be imminent, and that justice may finally be at hand for Phillip Cardillo," the organization said.

Jurgensen, in a column for the New York Daily News, accused police of withholding evidence.

The former NYPD detective explained: "The day Cardillo was gunned down, on April 14, 1972, I was at the mosque where it happened. Cardillo and his partners had responded to an emergency '10-13' call. A 10-13 is every cop's worst nightmare: officer in distress. The 10-13 caller said he was 'Detective Thomas' and he was trapped on the second floor of an address that turned out to be the mosque."

It turned out "Detective Thomas" was a fake.

Unanswered questions include who made the call, why was the mosque security absent when the officers first arrived, who fired the shots, and why did police commanders order officers out of the crime scene and turn it over to the Nation of Islam?

And why was Rep. Charles Rangel, D-N.Y., at the scene, and why did he fail to follow through on his promise to bring Nation of Islam members present at the shooting to the police station?