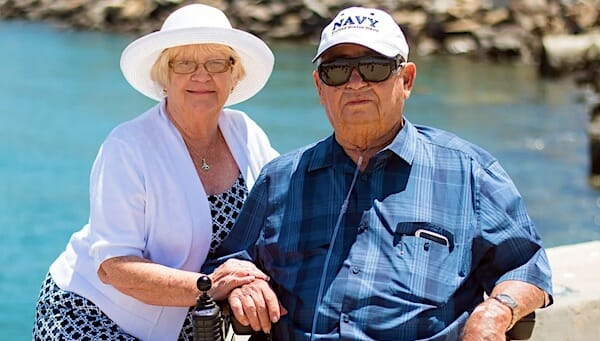 The American College of Physicians, with an estimated 159,000 members, advocates a "full totalitarian" health-care system in which the elderly are given painkillers to die as a matter of efficiency, warns the Association of American Physicians and Surgeons.

Jane M. Orient, M.D., the executive director of the AAPS, reacted to the ACP calling for "sweeping government action that would cover everyone, "reduce costs" and improve the health of Americans.

"Doctors from the association endorsed either a government-run 'single-payer' system that would cover everyone, or a new 'public option' government plan that would offer comprehensive coverage to compete with private insurance," DailyMail.com reported.

Orient, noting Canada has such a system, pointed out some of the consequences.

"If the global budget is spent in November, the operating room is closed in December, and the surgeon, who is not allowed to earn any money, is on vacation," she said.

The ACP plan, Orient pointed out, states that care of the old and seriously ill is not cost-effective.

"One quarter of Medicare dollars are spent during the last year of a beneficiary's life," the doctors' organization says. "Palliative care has been shown to reduce costs, particularly in the hospital setting, and increase patient and physician satisfaction."

ACP spokesman Robert McLean said his group isn't yet "signing on to specific proposals made by Democratic presidential candidates."

McLean said his organization looked at high costs, coverage gaps, quality and the "mind-boggling complexity" of the system.

Orient commented that before Medicare, the American Medical Association proclaimed that "the voluntary way is the American way."

"Now, the ACP is advocating the involuntary way," she said.

She pointed out that ACP believes that to achieve true universal coverage, coverage must be compulsory.

Enrollment in any new U.S. system must be mandatory, Orient argued, noting ACP opposes the sale of duplicative coverage.

"This is One Plan for ALL, and nothing else. Maybe some plans for luxury services would be allowed, but for trauma, cancer, or heart attacks, the only life-saving services allowed would be from the One Plan," Orient said.

"It is understood that demand for care would soon exceed resources to supply it. So, the architects of the 'Choosing Wisely' will choose: Global budgeting is 'the process by which society chooses, directs, and enforces how much to spend on health care, what to spend it on, and where that spending will take place,'" she said.

Orient's Association of American Physicians and Surgeons takes a much different approach.

Its white paper explains "that under Medicare or [Obamacare], Americans have similar options: Take your Medicare or your ACA-compliant plan—or be uninsured."

"To decline Medicare Part A, Americans also need to forgo Social Security and return all benefits already received. Moreover, physicians who accept payment from Medicare are not permitted to provide Medicare-covered services to Medicare beneficiaries except under Medicare's constraints for 'medical necessity,' allowed charges, and other rules. This means that such patients cannot receive 'covered services' that are unavailable under these constraints," the AAPS white paper says.

"AAPS points out that Medicare for All proposals would outlaw private insurance. Patients would have no choice. They would have to pay in advance through taxes, then wait their turn for whatever services might be available," the organization states.

"Instead, AAPS proposes repealing Medicare's and ACA's restrictions on free-market insurance and other financing arrangements for all who wish to work or receive care outside the system. If Medicare or ACA are so desirable, why the need for a virtual Berlin wall to keep beneficiaries in?

"American medicine is at a crossroads," the white paper concludes. "It can continue on the path that leads from Medicare to ACA to a fully closed, coercive system, or it can allow freedom-loving Americans to build a private sphere with government confined to its constitutional role. Our current path will only lead to a worsening of the enormous cost, deteriorating quality, and demoralization we are now experiencing, as inevitable insolvency looms."