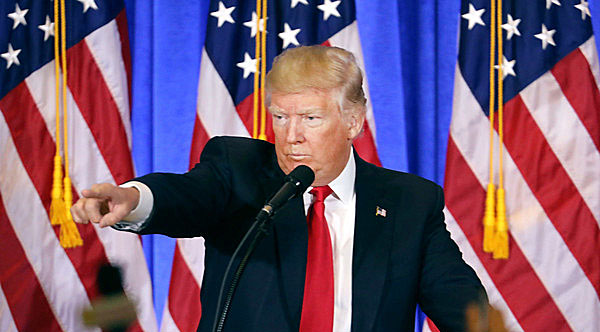 President Trump long has described most of the legacy media outlets, the old newspapers, the television networks and such, as "fake news."

He's not without grounds, given the reporting by those organizations about the "Russia collusion" claims, the Mueller report and its conclusions (before they were released) and such.

But now two of those outlets, CNN and the Washington Post, have been recognized by lawmakers officially as "fake news."

House Joint Resolution 779 has passed a subcommittee in the Tennessee General Assembly already.

Courthouse News said, "When introducing his resolution, Representative James 'Micah' Van Huss, a Republican representing a section of rural Appalachia in eastern Tennessee, said the measure would recognize the two news organizations as 'part of the media wing of the Democrat Party.'"

The resolution now advances from the House Constitutional Protections and Sentencing Subcommittee to the House Judiciary Committee.

From the resolution itself: "An editor for the Washington Post writes that President Donald J. Trump has cast a spell on the Republican Party and suggested that Trumpism is cult-like … A CNN host suggested that Trump supporters belong to a cult and that our president is using mind control … "

The resolution finds, "We recognize that fake news outlets suggest ideas without directly making accusations so that they can claim innocence from their ivory towers."

It's interesting that the attacks are "from the left," the resolution explains, "because they are the true masters of deploying mobs to demand total conformity and compliance with their agenda."

The resolution not only recognizes CNN and the Post as "fake news," but "we condemn them for denigrating our citizens and implying that they are weak-minded followers instead of people exercising their rights that our veterans paid for with their blood."

A Washington Post official told Courthouse News it did not have "anything to share" on the issue.