(RUTHERFORD INSTITUTE) -- “When plunder becomes a way of life for a group of men in a society, over the course of time they create for themselves a legal system that authorizes it and a moral code that glorifies it.” ― Frédéric Bastiat, French economist

Let’s talk numbers, shall we?

The national debt (the amount the federal government has borrowed over the years and must pay back) is $23 trillion and growing.

The amount this country owes is now greater than its gross national product (all the products and services produced in one year by labor and property supplied by the citizens). We’re paying more than $270 billion just in interest on that public debt annually. And the top two foreign countries who “own” our debt are China and Japan.

The national deficit (the difference between what the government spends and the revenue it takes in) is projected to surpass $1 trillion every year for the next 10 years. 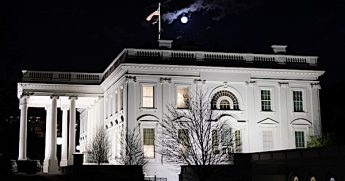 So what happened to 'My Body, My Choice'?