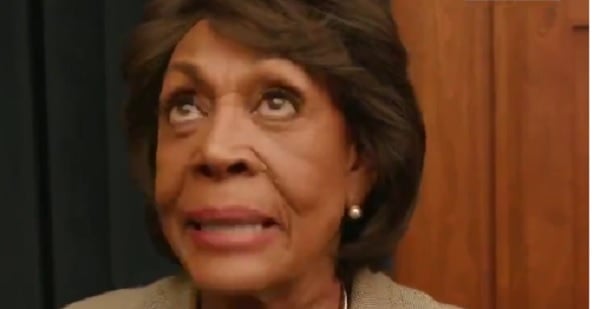 Maybe Democrats had such problems with their caucuses in Iowa because they were counting the wrong thing: votes.

Maybe they should have been counting money.

After all, that's the suggestion from Rep. Maxine Waters, D-Calif., who's famous for her rallying cry at nearly every event during the Trump presidency at which she appears of "Impeach 45!"

Her party did, in fact, impeach President Trump in the U.S. House, clearing the way for his total acquittal in the U.S. Senate.

But her latest comments have generated controversy because of the suggestion that money equals power in the Democrat Party, instead of one person one vote.

Dem Rep. Maxine Waters complains that IA and NH are the first caucus and primary.

She says she thinks CA should "have more say" in Dem primary b/c of all the money rich people in Beverly Hills give Dems during “fancy parties” and big money fundraisers.pic.twitter.com/HKPB2PuUFW

The Free Beacon reported Waters' claim is that "California should have more influence over the Democratic primary process because the state has so many wealthy donors."

"We have candidates who fly out to Los Angeles from everywhere to raise money," Waters said Thursday in a television interview. "You would have two, three, four at a time in Beverly Hills having dinners and some of our contributors, who are very rich, were holding fancy parties, trying to accommodate the requests for donations and contributions."

"The thinking is that if we are supplying tremendous dollars to candidates, we ought to have more say," she charged.

It was Kelly Evans, a CNBC anchor, who had mentioned the decision in California to move up the date of the state's primary from June to March.

"For years now, Democrats have been claiming they want big money out of politics. Yet Maxine Waters just claimed on national television that California should have more sway in the Democrat primary process because of all the big cash generated for Democrats at fancy parties in Beverly Hills. You couldn’t make this up."

"And this is what passes for logic in this woman's mind! You can't get any more out of touch about what the U.S. stands for than this!" wrote Deborah Hallsted.

The anonymous "Walk Not So Softly" added, "This is exactly why they want to eliminate the Electoral College. A move to a Popular Vote would mean states like NY and CA would have all the control."

Another anonymous contributor added, "She thinks Hollywood should have more say in elections because of all the money they pour in? This is precisely why the Electoral College was put into place, to prevent mob rule such as they are seeking."

At Twitchy, which aggregates Twitter comments, was, "We hate for anyone to have to listen to Rep. Maxine Waters speak, but you have to watch nearly to the end of this clip to hear her explain why California, which moved up its primary, should have more influence in the Democratic primary. You see, while some candidates are raising money from 'thousands of millions' of donors, they're also flying out to Beverly Hills for fancy parties where they rake in the real money."

Disney to lay off 32,000 workers as coronavirus devastates theme parks