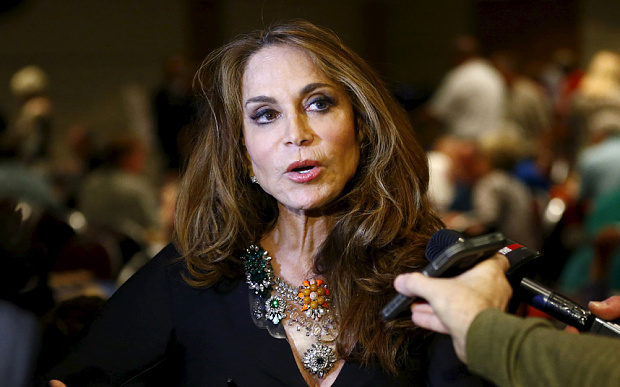 Pamela Geller, an activist, writer and speaker dedicated to revealing the intentions of Islamic supremacists, has many critics.

Among them is the "radical left-wing extremist New York Daily News," as she calls the paper.

Geller writes on her blog that the Daily News has opposed her efforts to post ads on public transportation in various cities, including New York City. The paper, she said, has called her "rhetorical bomb-thrower Pamela Geller," "Sunday Uglifier" and "Racist-Islamophobic-Anti-Muslim-Bigot," which she described as among "the many slurs and pejoratives flung at you by the storm-trooping left if you oppose jihad terror, gender apartheid, creed apartheid and genocide."

But the paper now at least agrees New York City's Metropolitan Transit Authority to censor her by rejecting "any and all ads expressing opinions on contentious moral, religious or social issues."

The Daily News concluded in an editorial published Wednesday, "It's not OK to enforce arbitrary distinctions and chill political speech in the process."

Geller noted she warned New York City's MTA at the time of public hearings on her ads that banning certain speech on public transport would send a message to the world.

"I was right. It did just that. New York City government set the example and the rest of America's cities (run by authoritarian Democrats) followed like lemmings," she wrote.

The Daily News editorial said: "For five years now, the good men and women of the MTA have banned all political and message advertising, with the not-so-small exception of public service announcements that happen to boost incumbents like the mayor and governor. Transit system brass didn't want to let rhetorical bomb-throw Pamela Geller upset some straphangers by speaking harshly of Islam – and the only constitutional way to stop her was to say no to any and all ads expressing opinions on contentious moral, religious or social issues."

It continued: "Hard cases make bad policy. Because now, the cash-strapped subway system is leaving money on the table. Paid political speech and message advertising is being prohibited in what is the city's most vital public square, in an election year no less."

Geller responded: "What is missing from this NYDN op-ed is their mea culpa – these very same whiners supported the banning of speech until … it affected them and their hard-left causes.

"Further missing from this sophomoric (albeit correct) whine is that it's not just New York City. Every city in the United States has since imposed the Geller ban," she wrote.

See her warning about the censorship several years ago:

Geller, through the American Freedom Defense Initiative, has brought multiple court cases against transit authorities over their bans on certain speech.