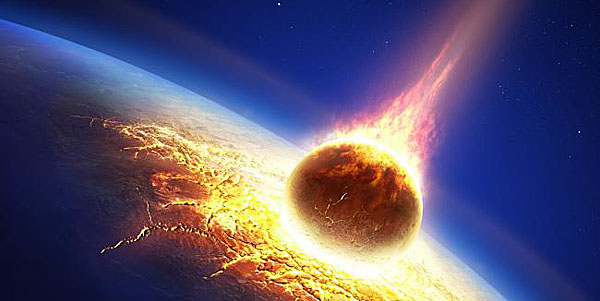 This is a crowd that makes the Chuck Schumers, Nancy Pelosis and Adam Schiffs look like GOP wannabes.

Because they actually prefer the mass annihilation of life on earth to another Trump term.

The College Fix reports a survey of New Hampshire Democrats conducted at the end of January found nearly two-thirds would rather a meteor hit the earth "extinguishing all human life" than President Trump win re-election this fall.

"He's been in the 2020 Democratic race for president from the start. Now the Sweet Meteor O’Death is finding a receptive audience: New Hampshire Democrats," the report said.

The survey was conducted by the University of Massachusetts-Lowell Center for Public Opinion.

Women were strongly in favor of the ending it all, with 68% making that choice.

For men, it was a slight majority of 53%, the report said.

"The numbers are similar for older voters (45 and up) versus younger voters (under 45), showing more optimism about a post-Trump White House," the report said. "Oddly, self-identified moderate Democrats prefer the end of humanity (69%) more than liberals do (59%)."

The poll, with a margin of error of 6.4%, was the result of questions put to 400 likely Democratic primary voters in New Hampshire.

The pollster said the participants were so far left leaning that even among those who identified as "conservative," only 72% preferred a Trump victory.

Most of the respondents said the nation is going in the wrong direction under Trump.

As many as 98% said they disapprove of Trump's job as president, and about one in three said his presidency has hurt their relationships with other people.