Stone, a longtime friend of President Donald Trump, wants a new trial on the grounds that the jury forewoman was found to have been a virulent anti-Trumper on social media.

The forewoman, Tomeka Hart, outed herself after writing in defense of the prosecutors on Facebook, and internet sleuths soon found her anti-Trump posts.

It was no one’s fault but her own that she was outed, but Jackson slammed Carlson for outing her -- and now Carlson has fired back.

"Tucker Carlson accused the foreperson of the jury of being an anti-Trump zealot,” the judge said during the hearing.

“Any attempts to invade the privacy of the jurors or to harass or intimidate them is completely antithetical to our system of justice,” she said.

Judge Amy Berman Jackson: "Tucker Carlson accused the foreperson of the jury of being an anti-Trump zealot...Any attempts to invade the privacy of the jurors or to harass or intimidate them is completely antithetical to our system of justice." Per @dnlbrns

But Carlson was not wrong. Hart was a Democratic congressional candidate in Tennessee whose social media is lined with anti-Trump rhetoric. 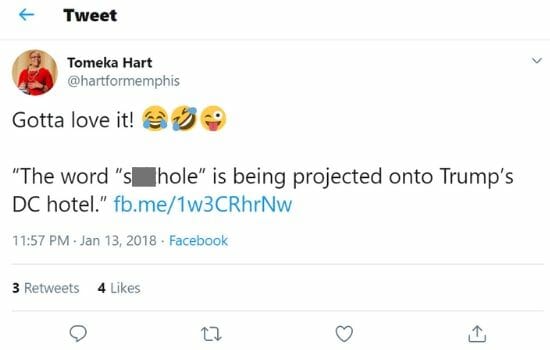 "In case you're wondering if President Trump inspires neo-nazis--this is from their publication The Daily Stormer:" https://t.co/lH5GJYK77E

“Last week on the show, we covered the sentencing of Roger Stone, who is perhaps the most undeserving of all the many casualties of the Russian collusion hysteria," Carlson said. "Stone received more than three years in prison. He'll be over 70 when he gets out.

“Officially, his crime was ‘lying about e-mails’ -- emails that were themselves entirely harmless. From the first day, Stone’s prosecution was a transparent political hit job. Washington wanted him in prison because for 40 years he was Trump’s closest political adviser.

“Amy Berman Jackson is the federal judge who oversaw the case. She was appointed by Barack Obama. She is an openly partisan Democrat. She has made no attempt to hide that.

"Jackson allowed the foreman of the jury to lie about her political background, which in a normal court of law would’ve disqualified her immediately. But Jackson let her stay and then defended her.

“Then Jackson herself lied about the case. She claimed that Stone had been prosecuted because he, quote, covered up for the president, when in fact, the charges had nothing to do that.

“Amy Berman Jackson is a disgrace to the judiciary. It’s frightening that in a country like ours she has power, and she does. We said that on this show last week. Today, during a hearing, Jackson attacked us. And once again, she lied as she did it.

“Jackson accused the show of, quote, invading the privacy of the foreman of the jury, when in fact, the juror herself has spoken publicly and revealed her own identity. Many media outlets published her name, including The New York Times, The Washington Post and CNN, all of which, of course, Jackson approves of because they’re on her side.

“Then Jackson accused this show of, quote, harassing the jurors, even encouraging violence against them. That is insane. Of course we did no such thing.

"Finally, Jackson called our criticism of her, quote, antithetical to our system of justice, end quote.

“Which proves that not only is Amy Berman Jackson corrupt, dishonest and authoritarian -- and she is definitely all of those things -- she also has no sense of self-awareness whatsoever."

And that, ladies and gentlemen, is a knockout punch.

It certainly looks like Stone was railroaded by a partisan judge and jury forewoman. If anyone deserves a new trial, or a pardon, it is him.