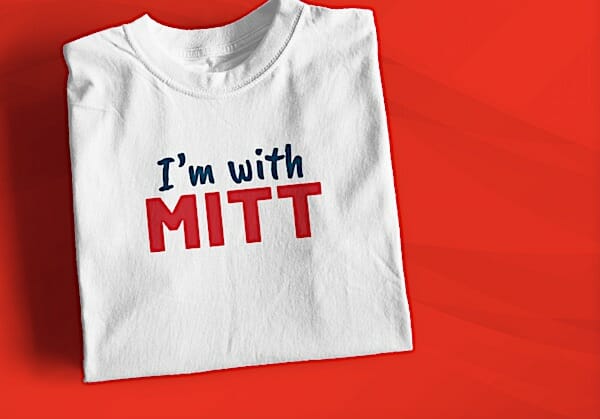 Utah Sen. Mitt Romney, a Republican who right now is facing the wrath of fellow Republicans in Washington as well as his party's faithful in his home state, sided with Democrats in trying to remove President Trump from office.

He was the only Republican in either the House or the Senate to support the far-left agenda of House Speaker Nancy Pelosi and Rep. Adam Schiff, who orchestrated not just the witnesses but also the testimony they could provide in the House to try to convince America Trump did something wrong.

The Senate, overall, rejected those claims out of hand.

But Romney apparently is so committed to far-left themes he now has adopted Hillary Clinton's theme from her 2016 campaign to try to generate interest now.

You know, the Clinton theme "I'm with her," that was part of her losing effort in 2016, the second time she's been an also-ran for the presidency.

Romney's organization, Romney for Utah, sent a fundraising email on Wednesday explaining, "It’s nearly springtime, friend, which means it's time to start thinking about spring cleaning. We got a head start on it and came across a box of 'I'm with Mitt' shirts!"

It explains the campaign "would love to put one in the mail for your" for a "donation" of "just $18 or more."

Hillary's campaign used the slogan in 2016, and, in fact, there is posted online an ad for a shirt stating "I'm with HER Hillary 2020" even today.

The slogan, back in the last election, generated negative comments even then. Her opponent, Sen. Bernie Sanders, called it "phony."

And Kanye West later reported Clinton's "I'm with her" alienated him from the candidate.