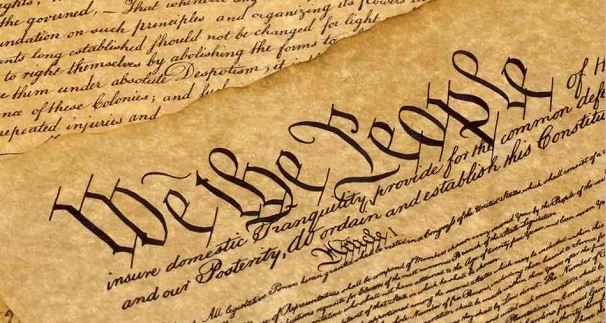 Two students at Georgia's Gwinnett College have discovered that officials at the institution allow them free speech on only .0015% of the campus.

And that has prompted them to appeal to the U.S. Supreme Court to re-establish the First Amendment there.

Lawyers for Chike Uzuegbunam and Joseph Bradford explain the background.

"Student Chike Uzuegbunam tried to share his Christian faith with other students on the Lawrenceville, Georgia, campus in 2016. College officials quickly stopped him because he had not reserved one of two tiny zones where free expression was allowed without a permit – zones that together made up only 0.0015% of campus. When Uzuegbunam reserved a zone and again tried to share his faith, officials again ordered him to stop because someone complained, which made his evangelization efforts 'disorderly conduct' under a Gwinnett policy that applied to any expression that 'disturbs the peace and/or comfort of person(s),'" explained the lawyers, who are with the Arizona-based ADF.

Then Bradford "chose not to speak at all after seeing how officials treated Uzuegbunam."

Their appeal to the U.S. Supreme Court explains that the lower courts dropped the students' legal case because the college changed its practice after their case was filed, to make it moot.

"Two circuits hold such claims moot if the government changes a policy it has never enforced against the plaintiff. The 11th Circuit alone holds that, absent compensatory damages, government officials are never liable for violating constitutional rights if they change their policy after being sued."

At issue before the high court is whether the government's decision to drop an unconstitutional policy kills any claims for damages.

A lawyer for the two, Travis Barham, asserted: "Government officials shouldn't be allowed to get away with repeatedly enforcing policies that trample students' constitutionally protected freedoms. The district court clarified what Georgia Gwinnett College refused to make clear – that its students now have the freedom to speak in any outdoor area of campus. But neither it nor the 11th Circuit held Gwinnett officials accountable for how they repeatedly mistreated, censored, and intimidated Chike and Joseph."

"This rule sends a clear message to students when school officials trample their freedoms: 'Don't bother retaining counsel; we know how to game the legal system.' And it signals that colleges can keep censoring students without consequence."

The filing states the 11th Circuit's argument "signals that colleges can censor students without consequence, without clarifying the law, and with the cover of qualified immunity."