Haven't heard a "children in cages" reference in the past few days since the Oscars?

Miss those? Well, I suppose you're in luck -- common-sense law enforcement is about to change all of that.

A report in Friday's New York Times says that tactical law enforcement units are being redeployed from the southern border to sanctuary cities in order to aid Immigration and Customs Enforcement in what The Times, with its typical restraint, described as "part of a supercharged arrest operation in sanctuary cities across the country."

"The specially trained officers are being sent to cities including Chicago and New York to boost the enforcement power of local Immigration and Customs Enforcement officers, according to two officials who are familiar with the secret operation," the paper reported.

The officers are from BORTAC, which would be analogous to Border Patrol's version of SWAT units. They'll be deployed from February until May, according to an internal Customs and Border Protection email.

Customs and Border Protection spokesman Lawrence Payne said 100 officers were being stationed in the cities “in order to enhance the integrity of the immigration system, protect public safety, and strengthen our national security.”

“As we have noted for years, in jurisdictions where we are not allowed to assume custody of aliens from jails, our officers are forced to make at-large arrests of criminal aliens who have been released into communities,” a statement from Immigration and Customs Enforcement acting director Matthew T. Albence read.

“When sanctuary cities release these criminals back to the street, it increases the occurrence of preventable crimes, and more importantly, preventable victims.”

The move comes as the Trump administration ratchets up pressure on sanctuary cities, states and other jurisdictions.

“Let us state the reality upfront and as clearly as possible,” Attorney General William Barr said at a National Sheriff’s Association on Monday, where he announced a "significant escalation" of the administration's efforts against sanctuary jurisdictions, according to National Review.

“When we are talking about sanctuary cities, we are talking about policies that are designed to allow criminal aliens to escape. These policies are not about people who came to our country illegally but have otherwise been peaceful and productive members of society. Their express purpose is to shelter aliens whom local law enforcement has already arrested for other crimes. This is neither lawful nor sensible.”

The new focus on sanctuary cities came to a very public head on Thursday when Democratic New York Gov. Andrew Cuomo traveled to the White House to try to avert sanctions on residents of his state.

The Trump administration responded by threatening to rescind the ability of the states' residents to participate in Global Entry and other Trusted Traveler Programs which allow travelers to bypass long lines at the border.

New York state predictably sued, but hell hath no fury like a Manhattanite forced to wait in line at JFK like the rest of the rabblement, so Cuomo took the extra step of making the pilgrimage to Washington to try and hash out a deal.

Acting Homeland Security Secretary Chad Wolf said that it was a "productive meeting," although Cuomo didn't walk away with any deal.

In a statement, Wolf made note of the fact that New York was "the only State that restricts CBP access to their data across the board -- for law enforcement, customs, trade and travel facilitation purposes."

Today, I joined @POTUS Trump & Governor Cuomo for a productive meeting. The relationship between New York & the Fed government is very important but has been made difficult by the unilateral actions of NY regarding the sharing of critical security information with DHS. Statement: pic.twitter.com/QS4ub5QiRj

Common Dreams may be one of the more hysterically (in both senses of the word) liberal news outlets out there, but this neatly sums up the talking points you're going to hear for the next few days: 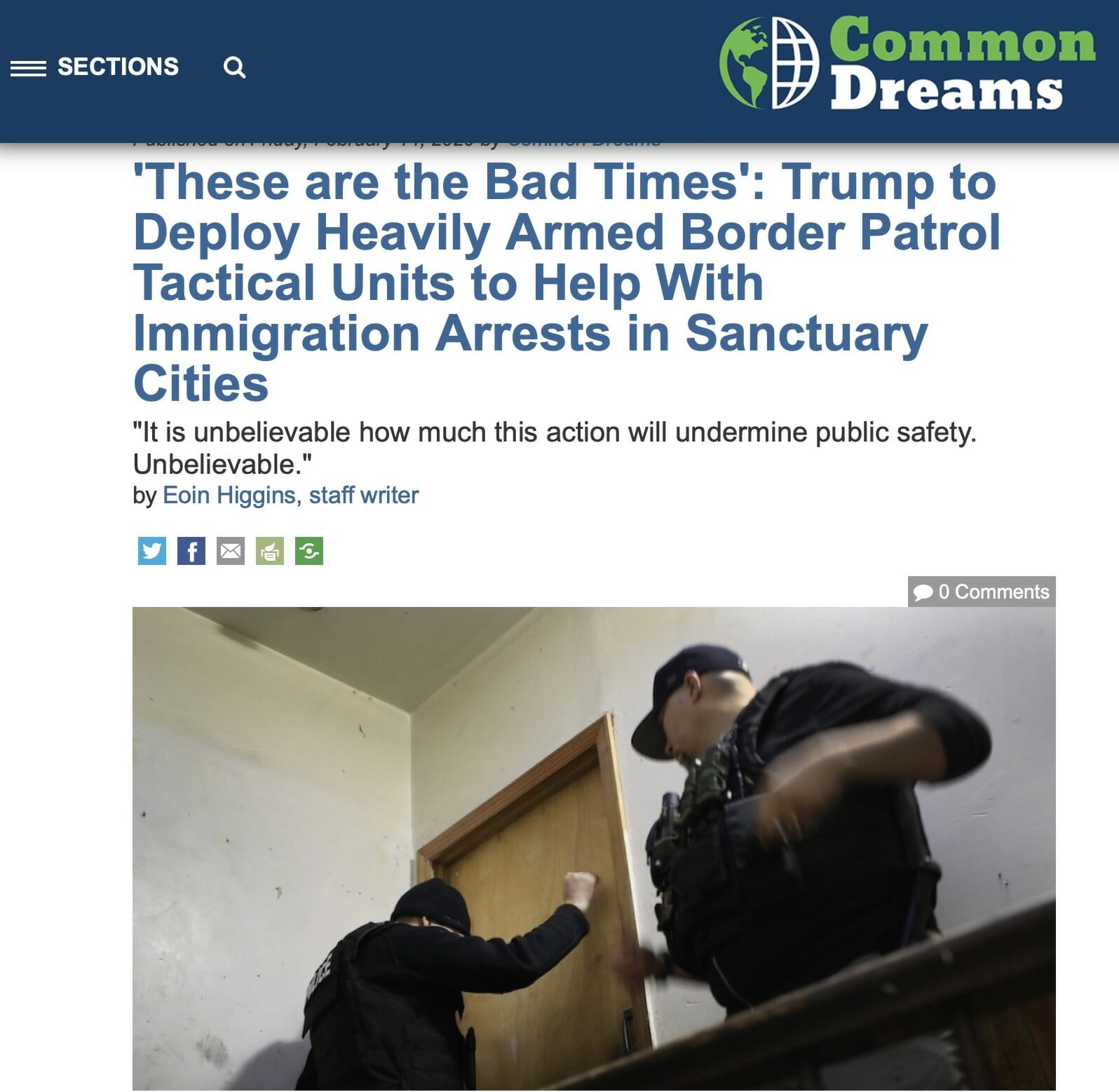 Trust me, if they could find an animated .gif of ICE agents busting into an apartment where they roughed up a sobbing family, including a mother nursing a baby, it would have been used.

Yes, this is at the fringe of the reaction, but it's still rather emblematic of the underlying impression the talking points over the next week are going to leave you with: Thanks to Trump, there are now brutal SWAT teams just going door-to-door, rounding up whatever innocent, hardworking illegal immigrants they could.

It's important to remember what these agents are doing.

That's what CBP deals with.

There's neither the bandwidth nor the stomach on either side for them to do much more than that -- and yet, these sanctuary jurisdictions have decided the right of illegal immigrants to stay in the United States supersedes the right of residents to be safe.

The Trump administration feels otherwise -- and its a decision conservatives should support.

Given the difficulty that CBP has faced apprehending dangerous individuals in sanctuary cities, as long as the move is handled with proportionality, BORTAC units can be a valuable addition in cities where the government isn't just indifferent but actively antagonistic toward federal law enforcement. 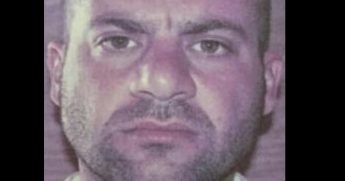 Report: New ISIS leader is in fact U.S. informant who gave up secrets on 88 jihadists