At the end of January, the Supreme Court announced that it would hear Google v. Oracle, the case Google hopes will cement its anti-competitive grip over the tech industry. The tech giant just needs to confound five justices into believing that its blatant theft of intellectual property is actually sanctioned under the law. But two things are standing in Google's way: logic and President Trump.

On Feb. 19, President Trump's administration broke ground by announcing its unwavering opposition to Google in the suit. And while Trump succeeded in refuting Google's nonsensical approach to intellectual property, or IP, proper context strengthens the administration's position even further. To truly conceptualize the extent of Google's systematic abuse of power, we must look beyond this one particular case.

In truth, Google has an appalling history of intellectual property abuse. For instance, back in 2014, the Big Tech firm was caught red-handed attempting to steal trade secrets from video streaming company VSL Communications. What gave them away? Apparently, it was the sticky notes a Google employee had accidentally left on a non-disclosure agreement between the two firms. The Post-It notes described Google's plans to steal VSL's superior streaming technology, including a directive to "try to destroy email" in order to hide the theft.

Google clearly has no qualms about ransacking intellectual property and stealing the work of its competitors. It's a longstanding pattern for the search engine company. In fact, Google's systemic and anti-competitive IP theft extends all the way back to the inciting incident of the case currently in question, Google v. Oracle, nearly a decade ago.

In 2010 Google entered into negotiations to obtain a license for the well-known, immensely popular Java program. However, negotiations collapsed, and in response, Google elected to copy a portion of Java's code to use in its own operating system. In response, Oracle, the owner of Java, accused Google of copyright infringement and sued the tech company for $8.8 billion.

In total, Google acknowledges that it copied 11,500 lines of Java's code, a fact Oracle contends should constitute intellectual property theft. Google, however, has dismissed the allegation. The company argues the code it replicated amounts to only a minute portion of Java's software. So, who's right? Without context, it's impossible to tell – and therein lies the problem. In a vacuum, numbers like 11,500 lack concrete significance. Is that a lot of code, or a little?

Most Americans aren't coders; they don't have a conception of how much 11,500 lines of code is. But everyone understands hours worked, so it certainly helps to contextualize the situation in that manner.

While estimates certainly vary, it's said that programmers average about 50 lines of code each day. That may not seem like a lot, but developers spend around 75 percent of their time not writing the code, but debugging it.

Considering that it takes professional coders an entire eight-hour workday just to produce 50 lines of code, it's clear that Google's apparent theft of 11,500 lines of code is no small matter.

Since one man-hour of work yields about 6.25 lines of code, the 11,500 lines of code Google lifted from Java took the equivalent of 1,840 man-hours to write. That's tantamount to a developer working on the same project, 8 hours a day, for 230 days – 11 months' worth of workdays.

Despite nicking 11 months' worth of work from Oracle, Google now hopes to convince the Supreme Court that it's no big deal. But it is. Imagine if you had worked that long on a particular project, only to have someone else claim it as his own. Surely, you'd be outraged, and rightfully so. And now, Google wants this type of theft to be sanctioned by the Supreme Court – and if SCOTUS rules in favor of Google in the case, it will be.

Indeed, a favorable ruling for Google would mean that thousands of man-hours of work in the digital sphere could be stolen effortlessly by the tech giant and without consequence – collapsing competition within the digital industries entirely. It would provide Google a new legal mechanism to swallow even more of its competitors' products and obtain more of the industry's market share inorganically. Given these realities, how could Google's position possibly be justified?

The simple answer is that it can't be. Google's apparent theft is so extensive that it can hardly be understated. Google wants the Supreme Court to believe that the code it replicated was only a small portion of the overall Java program. Yet, proper context shows this claim to be misleading at best, and an outright misrepresentation at worst.

The Supreme Court can't afford to look the other way when it comes to Google's apparent theft of Oracle's Java code. Doing so would not only make 1,840 man-hours of work completely worthless, it would set a precedent that would permanently stifle innovation in the United States. 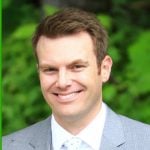