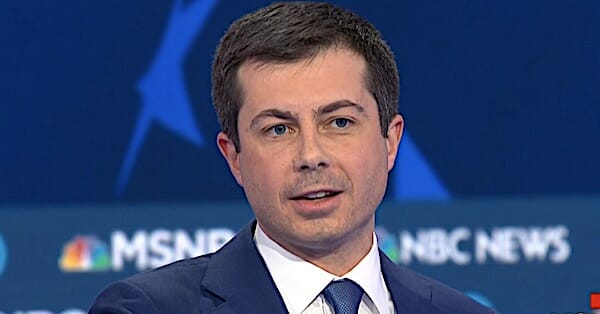 This is the kind of situation that makes campaign managers want to hide.

It was Democratic presidential hopeful Pete Buttigieg, the former mayor of South Bend, Indiana, who was speaking to a normally supportive crowd: workers striking for higher wages.

But watch this Time magazine video that shows him cutting his comments short and fleeing to his waiting limousine:

On YouTube, Time explained Buttigieg has been hounded by protesters during a march with McDonald's workers in Charleston, South Carolina, who are striking for a $15 minimum wage.

A Twitter posting included the lead-up to the escape:

Joe Saunders of the Western Journal reported Buttigieg was "taunted" and "chased out," and the "union event" "didn't go as planned."

He noted the reception on Twitter was of the kind that makes "campaign managers want to stay in bed with their blankets over their heads."

One Twitter user wrote: "They ain't having Pete. He runs to his car, shielded by women. The chant: Pete can't be our president, where was 15 in South Bend?"

Another wrote, "I guess he's not getting the black McDonald worker vote."