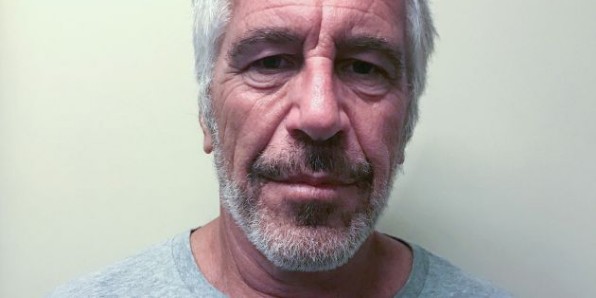 Skepticism of the official declaration that financier and serial abuser Jeffrey Epstein killed himself remains high.

Epstein was convicted on only two crimes as part of a plea deal even though federal officials had identified as many as 36 girls who may have been victims.

He was facing further related charges when he was founded dead with a rope around his neck in his prison cell in New York.

Now a parade float is suggesting a culprit.

KTRH radio in Houston reported a parade float shows "Epstein" in a prison jumpsuit with a woman that resembles Hillary Clinton appearing to strangle him from behind."

The side of the float reads "Epstein didn't kill himself," the report said.

The float was followed by the "Swinging Epsteins," caricatures of Epstein walking down the street with nooses around their necks.

Iranian immigrant cut off at board meeting for slamming CRT