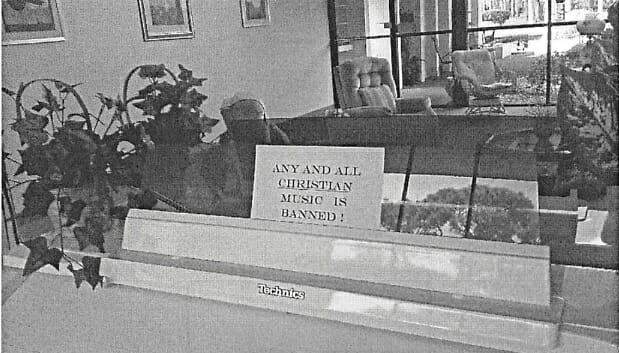 Faced with a federal complaint, a condominium HOA in Florida on Friday reversed its ban on holding Bible studies and displaying religious symbols in its common spaces.

The board of the Cambridge House Condominiums in Port Charlotte, Florida, had shut down a weekly Bible study led by resident Donna Dunbar. Religious symbols were ordered removed, including a donated fountain.

Dunbar, with the help of First Liberty Institute, filed a complaint with the U.S. Department of Housing and Urban Development.

On Friday, the condo board agreed to allow the Bible study.

"We commend the condominium board for working with us to protect our client’s religious liberty," said Lea Patterson of First Liberty. "Our client is grateful that she will be able to enjoy equal access to the social room."

In 2018, the Cambridge House Board adopted a statement that prohibited "prayers and other religious services, observations, or meetings of any nature ... in or upon any of the common elements."

The Department of Housing and Urban Development investigated after receiving Dunbar’s complaint, which argued that this action violated the Fair Housing Act.

Through HUD's mediation efforts, the parties reached a conciliation agreement that protects Dunbar's access to the social room for the weekly Bible study, First Liberty said.

"I am thankful to First Liberty Institute for fighting on my behalf and am relieved that I can continue to meet with my friends to pray and study God’s word together. I am extremely thankful to our current board members who made it possible," said Dunbar.

Dunbar and her husband, Clarence, have been engaged in Christian ministry for many years.

"The Dunbars founded the Lighthouse Outreach Center, a soup kitchen ministering to the needs of the homeless. The center is still in operation today despite multiple setbacks due to burglary, arson, and a hurricane," First Liberty said. "For their dedication of over 4,000 volunteer hours at the soup kitchen and in the community, President Obama awarded the Dunbars the President’s Volunteer Service Award in 2010."

Dunbar launched the Bible study after moving into the condo. Only weeks later, the HOA demanded the meeting participants acquire insurance, even though no other group faced that requirement.

Then came the total ban.

The managers then sent her a letter notifying her of the ban and informed other residents of the decision.

The federal complaint alleged residents were being denied equal access to the community's social room for meetings based on their religious content.