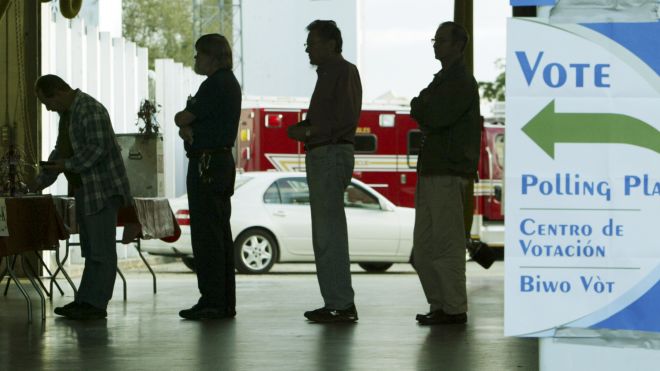 Twenty-five percent of voters are willing to delay the November presidential elections as a precautionary measure against coronavirus, a Rasmussen Reports study found.

One-in-four respondents to a Rasmussen Reports survey, which was released Thursday, said they are already prepared to delay 2020’s presidential election. The seemingly high response came as local and state governments have suspended numerous services across the country in an attempt to stop the spread of COVID-19.

To be sure, a majority of respondents still are opposed to taking such a measure.

“The latest Rasmussen Reports national telephone and online survey finds that 25% of Likely U.S. Voters think the November election should be delayed if necessary as coronavirus panic grips the nation,” the study reported. “Sixty-two percent (62%) are opposed to any such delay, but another 13% are undecided.”

There was virtually no ideological difference when it came to the idea of suspending the primary elections, with Democrats and Republicans expressing similar opinions on this issue.

The Rasmussen survey reached out to 1,000 likely voters between March 17 and 18. The poll has a sampling error of 3 percentage points, and a confidence level of 95%.

Delaying elections because of the coronavirus is not unprecedented. Five states already chose to postpone their primary contests because of the disease: Ohio, Maryland, Kentucky, Georgia and Louisiana. The governor of Illinois, who opted to carry on with his state’s primary, faced immense backlash from local election officials.

As of Thursday, more than 10,000 people in the United States tested positive for COVID-19. At least 149 people within the country have died from coronavirus-related illnesses.