A parody in the voice of Sen. Chuck Schumer:

Gun owners, do you struggle with an addictive urge to buy firearms on the fly while goose-stepping through gun shows and pawn shops? If so, my fellow Democrats will happily relieve you of all your guilt … and your guns. Forget wasting time plugging silhouettes of bad guys with bullets – blast your addiction publicly on social media by plugging these two pending Track 'n Grab gun bills:

The National Instant Criminal Background Check System (NICS) Data Integrity Act would amend my original Brady Bill. Sponsored by my partner in crime, Rep. Jimmy "the Gun Grabber" Panetta, D-Calif., his H.R. 5949 will put a contract hit out on the Second Amendment.

The Brady Bill originally had a five-day cooling-off period to delay or deny trigger-happy, gun-totin' wannabes from getting their hands on a pistol. Unfortunately, my carefully crafted waiting period was castrated to about 30 seconds by a Republican amendment when NICS went online 20 years ago.

Panetta's H.R. 5949 could skyrocket the 30-second insta-check to 30 days, or as the bill states, "as long as necessary to determine whether receipt of a firearm would violate" federal or state law. In other words, Uncle Sam could then drag his feet to slow down emotionally unstable and impatient gun buyers until their background eligibility is verified.

Federal law currently requires such background data destroyed within 24 hours of completion, but H.R. 5949 has a workaround. The very first line in the bill permits "the search and retention of certain records with respect to conducting criminal background checks, and for other purposes"... like maybe our dream of a national gun registry?

Panetta's bill purposely does not define "other purposes" and is loaded with vague verbiage that could be interpreted wildly by progressive judges, legislating from the bench in a wide variety of ways. As a backup, we want to give judges and law enforcement agencies another bill to better throw the book at gun owners.

H.R. 5917 – The Gun Records Restoration and Preservation Act repeals the "requirement to destroy instant criminal background check records" and will save personal, "identifying information," which we hope will eventually populate our proposed national gun registry. Cars have been used as lethal weapons as have guns, so why not require registration, licensing and insurance for both?

In addition, anyone purchasing two or more firearms would have his or her information publicly displayed in a searchable database controlled by the Justice Department, similar to their National Sex Offender Registry. Hundreds of gun-control advocates could then scope out the database online for the home and business addresses of gun owners, then organize picket lines and blockades to rain down public shame on them.

We also have a progressive posse of sheriffs in the vain of former New Orleans Police Superintendent Edwin P. Compass III, whose hobby was confiscating firearms after the horror of Hurricane Katrina. Our fellow gun-grabber put the antiquated Second Amendment in its place when stating, "Only law enforcement are allowed to have weapons."

A state of emergency like the COVID-19 pandemic could give law enforcement just the excuse they need to knock on doors and proactively persuade people to pony up their pistols, just like the compliant, law-abiding citizens of New Orleans did.

But for now, Democratic Party leaders will play like a mother hen brooding over her eggs, sitting on these bills to stall them in committee, waiting for a pen-friendly president to sign them. We used this same strategy to get the Brady Bill passed. I first introduced it when George H.W. Bush was president, but waited to hatch its reintroduction in Congress the month after Bill Clinton was inaugurated, who of course signed it into law.

In this case, the new sheriff in town will be Joe Biden after he runs that cocky, orange-feathered, Republican rooster out of the White House. Biden will sign these two bills just to spite the NRA, thus fulfilling his campaign promise: "If I'm elected, NRA, I am coming for you and gun manufacturers. I'm going to take you on and I'm going to beat you."

Boss Biden aims to be one gun-grabbin' Godzilla who will throw gobs of money at gun control – for he promises on his campaign website to "enact legislation to give states and local governments grants to require individuals to obtain a license prior to purchasing a gun."

The marvelous thing about licenses is that we can revoke them. 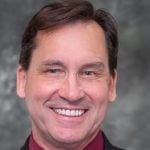 Candid reflections on the COVID vaccines

Alec Baldwin sounds off on 'Rust' shooting, blames 'right-wing rags' for bullying him

How Brandon first got himself elected to the Senate

How to have some fun without blowing the budget