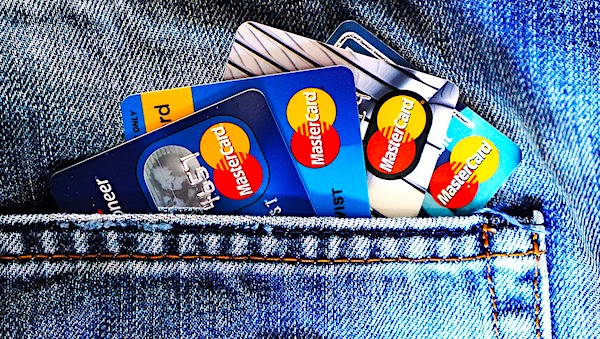 About 67 million Americans believe they will have trouble paying their credit-card bills due to the coronavirus, according to a new survey.

WalletHub's Coronavirus Money Survey also found that the virus is now the top stressor in America, above money problems, which usually tops the list.

But the survey also found that 158 million Americans are saving more money during the outbreak, rather than spending more.

"If there's a bright side to all of this, people saving more money than usual might just be it," said WalletHub analyst Jill Gonzalez.

She supports President Trump's proposal to send as much as $2,000 directly to individual Americans.

"In fact, it's the only way to fight an economic crisis like this," she said. "Other measures such as payroll tax relief will help some businesses, but a lot of workers won't see any benefit."

Earlier this week, a new Marist poll conducted for NPR/PBS News found 18% of adults in the United States said they had lost their job or had their hours reduced due to the pandemic.

On Wednesday, the Treasury Department announced it wants to dedicate $500 billion toward direct payments to Americans as part of a $1 trillion congressional plan to stabilize the economy.

Two $250 billion cash infusions would be distributed to individuals, according to a Treasury memo. The first checks would be issued starting April 6, and another second wave would begin in mid-May.

The amounts would depend on income and family size.