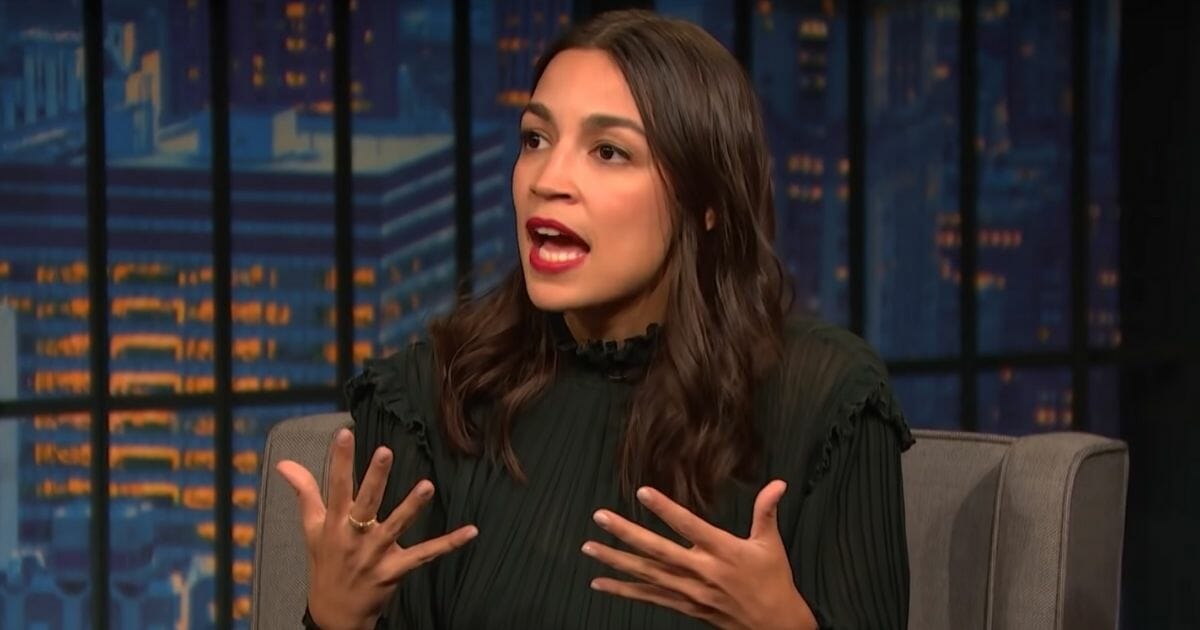 Rep. Alexandria Ocasio-Cortez, D-N.Y., is blasting Republicans for refusing to send rebate checks to taxpayers without a Social Security number, including illegal aliens.

She was referring to the $2 trillion coronavirus stimulus bill that is now on its way to President Trump for his signature, DailyMail.com reported.

"To clarify, $1200 checks are ONLY going to some w/social sec numbers, NOT immigrants w/ tax IDs (ITINs)," Ocasio-Cortez wrote Thursday on Twitter.

"Thanks to GOP, these checks will be cut off the backs of *taxpaying immigrants,* who get nothing. Many are essential workers who pay more taxes than Amazon," she said.

ITINs are issued to taxpayers who are ineligible for a Social Security number, which in many cases is because they are in the country illegally.

Along with U.S. citizens, legal permanent residents and those with an immigrant work visa can acquire a Social Security number.

Ocasio-Cortez and others argue some illegal immigrants file taxes.

The bill stipulates that anyone with a Social Security number who earned up to $75,000 in adjusted gross income on their most recent tax return will receive a $1,200 payment.

The amount incrementally decreases for income above $75,000, phasing out for anyone who earns more than $99,000.