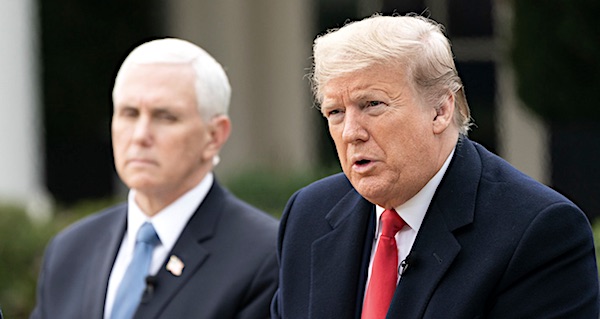 Microsoft founder Bill Gates castigated American politicians Tuesday for supposedly caring more about the economy than the people who are dying from coronavirus.

Getting the pandemic under control should be President Donald Trump and other politicians’ utmost concern, Gates said during a TED Connects interview. The government can’t shove the victims of coronavirus under the rug and ask people to get back to work, he said.

“There really is no middle ground, and it’s very tough to say to people, ‘Hey, keep going to restaurants, go buy new houses, ignore that pile of bodies over in the corner,” Gates said.

Officials can’t have their cake and eat it too; they must solve the virus and then kickstart the economy, he said.

In the end, it will take 6 to 12 weeks to get back to normal, Gates noted.

He added: “It’s very irresponsible for somebody to suggest that we can have the best of both worlds.”

Gates did not directly reference Trump, who has expressed support for reopening the economy.

Meanwhile, Senate lawmakers are struggling to put together a cohesive stimulus bill to help stabilize the economy.

The first case of COVID-19 is believed to have appeared December 2019 in Wuhan, China. The virus has spread since February to 36 other countries and territories and has a global death toll of more than 8,000, according to the Centers for Disease and Prevention’s numbers.