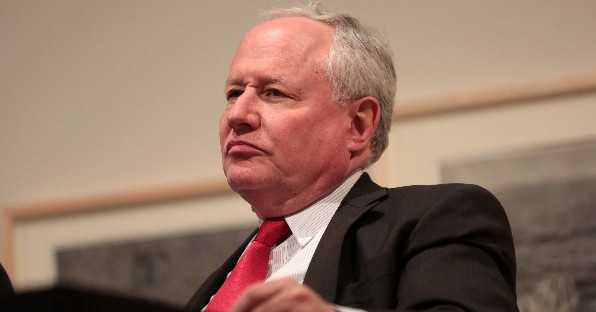 Bill Kristol long has been regarded as a conservative or neoconservative. He founded the now-defunct Weekly Standard. He's a commentator on networks and played a leading role in defeating President Bill Clinton's health care plan.

But he has been a strong critic of President Trump.

And now he's telling people to vote for Joe Biden.

He wrote in his new publication The Bulwark that any "normal American" doesn't want to have to choose between President Trump and socialist Sen. Bernie Sanders.

"The answer actually is simple," Kristol wrote. He noted neither Sens. Amy Klobuchar nor Elizabeth Warren will be the Democratic nominee. And New York billionaire Michael Bloomberg is faltering.

So, "if you're inclined toward American constitutional democracy, the rule of law, and a free economic order," your vote is for Biden.

"Who is it among us that has lost their minds?" radio talk-show host Rush Limbaugh wondered. "What's Bill Kristol doing endorsing a guy that sought to deny Clarence Thomas a seat on the Supreme Court?"

Kristol said his advice is for those who "don't like demagogues of the right or the left."

"You want competent, responsible governance somewhere in the vicinity of the broad center. You cherish American exceptionalism, and you know that means rejecting European-style demagoguery of the right and left that exploits people's anxieties and seduces them with false promises. You dread a future featuring an authoritarian and illiberal party facing off against a socialist and illiberal party. And so you don’t want to face a choice–you don’t want the country to face a choice– between Donald Trump and Bernie Sanders in November."

He said the choice is simple: Joe Biden.

Kristol, noted Robin Young of WBUR in Boston, has so thoroughly changed his politics that he recently stated when Democrats tried to remove Trump from office, "We are all Democrats now."

He claimed a second Trump term would be "dangerous."

"I think I'm much more pessimistic than I was a couple of years ago that it would be easy or even possible to get beyond Trump," he said.