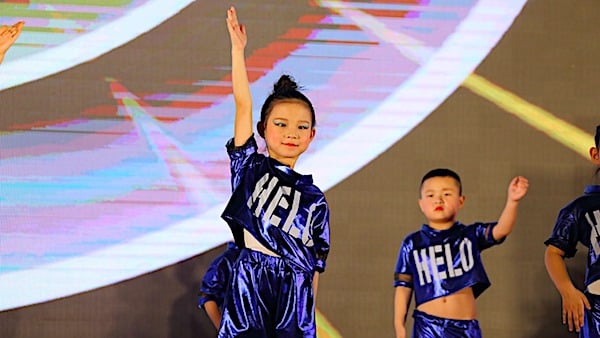 During the Cultural Revolution, China's communist government offered monetary rewards to children who reported religious believers, including even their parents, to police.

The report said the current regime continues to use "this despicable method to crack down on religion."

It started out as one of the Chinese Communist Party's "go-to tools" to suppress dissent following the revolution.

"In April 2019, a primary school principal in Hohhot, the capital of Inner Mongolia, gathered the school's students for a lecture on the importance of reporting on religious believers," Bitter Winter said.

"He first played a video in which a teacher was telling students to observe if their families or neighbors receive visitors who could be religious. After a student in the video revealed to the group that his neighbor had hosted a gathering of believers, the teacher reported the fact to the police. Subsequently, the neighbor was arrested, together with a group of visiting believers," the report said.

"After watching the video, the school’s assistant principal encouraged the students to follow the boy’s example and report to the police religious family members and neighbors. He also threatened to expel from school anyone who believes in God. The children were asked to fill out a form about the religious status of their family members, indicating if strangers often visit their homes, what families do in their free time, and other similar facts about their daily lives."

One Christian parent, not identified in the report, explained: "My child told me that in the video, students were told that those who don’t go to the government-approved places of worship believe in a xie jiao, and they should be reported to the police at once. By doing so, the government is misleading our children. They are so young and ignorant. My child was frightened after watching this video, but he promised not to report me to his teacher."

Forms have been handed out to middle school students asking for information about their parents' religious denomination and where they gather.

"Last October, in a primary school in Xinhua county in the central province of Hunan, a police officer showed students a pile of 100 RMB bills and more than 20 travel coupons to Malaysia, trying to induce them to disclose the religious status of their parents and relatives. Those who did were rewarded with 100 RMB (about $14) and a travel coupon. The next day, the principal threatened students in the school that anyone who believes in God would be expelled," the report said.

Police questioned students about family members who believe in God, offering about $23 as a reward to report them to authorities.

"According to a member of The Church of Almighty God (CAG) from a county in the southeastern province of Jiangxi, police officers distributed anti-religious leaflets at her grandson’s primary school in the fall of last year, demanding the students to report their family members who are members of the CAG. If not, they were threatened to be barred from school. Since then, the boy started pressuring his grandmother to give up her faith."