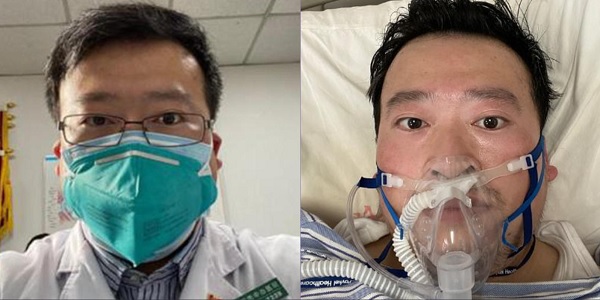 The Chinese government abruptly reversed its reprimand of one of the first physicians to warn of the coronavirus, which began in the Chinese city of Wuhan.

NPR reports the family of Li Winliang, 34, is getting an apology six weeks after the ophthalmologist died of COVID-19, the disease caused by the coronavirus.

Authorities scolded him in January for blowing the whistle on the outbreak, claiming he was "spreading rumors" about the novel coronavirus, which has now become a global pandemic.

The virus had claimed hundreds of lives when he died in February. The global death toll now has passed 9,000.

NPR said news of his death, "coupled with accusations that the government was covering up the outbreak, triggered an avalanche of outrage from a wide cross-section of Chinese society."

"In response to popular demand, the central government dispatched investigators two days later to look into the circumstances surrounding his police reprimand and death," NPR reported.

They also failed to follow law enforcement procedures, they concluded.

"They did not, however, explain what the correct response should be," NPR said.

The report said two officers who reprimanded the doctor now "have been disciplined."