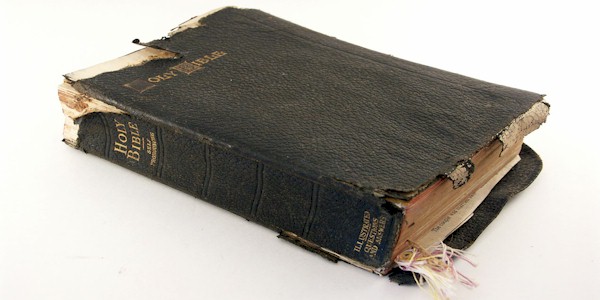 The director of the Christian Institute in the United Kingdom has a warning for some church leaders: The Bible isn't a democracy on which congregants can vote to make changes.

In recent years, some denominations have voted to change their biblically based standards, allowing homosexual ministers and sanctioning same-sex marriage.

Colin Hart, the institute's director, was responding to a survey for the pro-LGBT Ozanne Foundation that claims nearly half of the members of the Anglican church support same-sex marriage.

"You can't abandon Christian teaching because some people don’t like it," he said. "The faith once delivered to all the saints didn't emerge as a result of polling or focus groups. Neither will it emerge from following secular trends.

"The Bible's message is clear. Marriage can only ever be between one man and one woman, to the exclusion of all others, for life."

It was YouGov that questioned nearly 1,200 adults across England who described themselves as Church of England, Anglican or Episcopal.

The work was commissioned by LGBT campaigner Jayne Ozanne, who apparently was trying to pressure church officials to abandon their doctrines.

She told the London Daily Telegraph that church officials should find a "way forward so that those who wish to embrace and celebrate same sex marriages can do so."

The Church of England released a statement saying, "By learning from and listening to one another, guided by Holy Spirit, the Church will find ways forward rooted in scripture and the Christian faith,"

Hart said the church got it backward.

"It is by learning from and listening to the voice of God in Scripture, guided by the Holy Spirit, that the Church will find the way forward intended by God," he said.

In January, the Church of England issued guidance affirming the biblical standard that sex should take place only within a heterosexual marriage. Its statement said marriage between one man and one woman is "central to the stability and health of human society."

"Sexual relationships outside heterosexual marriage are regarded as falling short of God's purposes for human beings," the guidance said.

But the following week, Archbishop of Canterbury Justin Welby, the most senior cleric in the Anglican communion, and his number two, Archbishop of York John Sentamu, apologized for the guidance.

"We as archbishops, alongside the bishops of the Church of England, apologize and take responsibility for releasing a statement last week which we acknowledge has jeopardized trust," they said in a joint statement.

"We are very sorry and recognize the division and hurt this has caused."