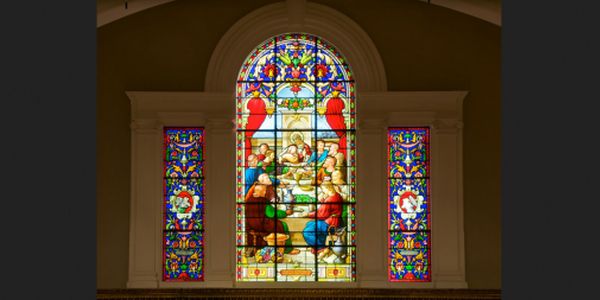 A church bishop can get in real trouble teaching certain Bible doctrines, it seems.

The Episcopal Church has scheduled a disciplinary hearing for the bishop of Albany, William Love, because he teaches that the Bible restricts marriage to one man and one woman.

The U.K.'s Christian Institute said Love is being disciplined "because he upholds the biblical position on sex and marriage."

That conflicts with the church's Resolution B012, which requires bishops to allow same-sex weddings to take place in their diocese.

When the resolution was passed in 2018, Love responded with a pastoral letter arguing same-sex unions are "in direct conflict and contradiction to God’s intent for the sacrament of marriage."

He said that permitting same-sex marriages does "a great disservice and injustice" to same-sex attracted Christians.

The bishop said it causes them to believe God gives his blessing "to the sharing of sexual intimacy within a same-sex relationship."

It also, he said, is in "direct conflict and contradiction to God’s intent for the sacrament of marriage," and it encourages behavior "that God through Holy Scripture has not only NOT blessed, but has identified as sinful and forbidden."

The disciplinary action was initiated by Bishop Michael Curry, the presiding bishop of the church.

A hearing is scheduled for next month on Love's future in the church.

"His crime, if one can call it that, is not to permit same-sex marriages in his diocese," Baker wrote.

"Do feel free to check out Canon IV.4.1(c) in your Bibles by the way – you'll find it just after the Epistle to the Bureaucrats but before the Song of Sanctimony," Baker said.