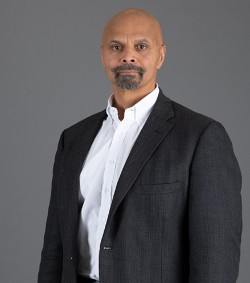 Two members of the U.S. Civil Rights Commission have issued a rebuttal to their panel's majority statement Friday warning of "growing anti-Asian racism and xenophobia" in response to the coronavirus outbreak.

Commission members Peter Kirsanow and Gail Heriot, who regularly dissent with their colleagues' positions, said they certainly agree that COVID-19 "is no excuse for anyone to attack or insult individuals of Asian descent and that when such acts rise to the level of criminal behavior, law enforcement should immediately intervene."

"But that's obvious to just about everyone in America," they said. "The rare exception is unlikely to read the Commission’s statement, much less be persuaded by it."

Kirsanow and Heriot challenge the panel's claim that the relatively small number of incidents cited — mostly involving misbehavor by children and teenagers — indicates there is wave of racially motivated attacks.

Their "biggest objection" to the statement, they said, is the "ill-advised suggestion that referring to COVID-19 with terms like 'Chinese coronavirus' is somehow fueling "[t]his latest wave of xenophobic animosity toward Asian Americans." 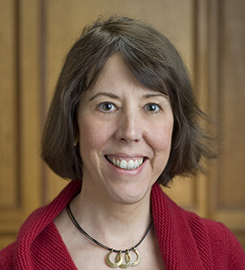 "It is counter-productive to hector the American people (or its leaders) about describing the COVID-19 as 'Chinese' or as having originated in China," they said.

"It did originate there. Ordinary Americans — of all races and ethnicities — who harbor no ill will toward anyone don’t like to have the U.S. Commission on Civil Rights imply that that they are fueling the flames of xenophobic animosity," the commissioners said. "We can't blame them. It is insulting."

The commission, established by the Civil Rights Act of 1957, is the only independent, bipartisan agency charged with advising the president and Congress on civil rights. It reports annually on federal civil rights enforcement.

Kirsanow, a partner with a Cleveland, Ohio, law firm, is serving his third consecutive six-year term on the commission. Heriot, a professor at the University of San Diego School of Law, has been a commission member since 2007.

The two commissioners noted their colleagues close their statement declaring no American should be "ostracized solely because of their race or national origin."

"That is certainly sensible enough. We would add that Americans should not be ostracized on account of false accusations that their conduct has been racist, xenophobic and hateful," Heriot and Kirsanow wrote.

"The promiscuous use of those terms needs to stop."

Media repeatedly have called President Trump's use of the term Chinese virus racist, even though CNN, the New York Times and many other outlets have done the same in their coverage of the outbreak. Trump has explained he calls it the Chinese virus because it originated in China. And he has indicated that if he has anything in mind — apart from the typical convention of labeling viruses by their place of origin — its the Chinese Communist Party, which he blames for the pandemic, not the Chinese people.

On Thursday, New Jersey Attorney General Gurbir Grewal issued new "guidance" that regards an employee using the term "the Chinese virus" to be a form of workplace harassment.

Children have a lot to learn

Regarding the incidents cited by the commission, the two dissenting commissioners acknowledged a 9-year-old child in New Jersey was told by a classmate, "You're Chinese, so you must have coronavirus."

They argued it's "why we send nine-year-olds to school; they’ve got a lot to learn."

"For adults to view the statement as hateful would be over the top," they said. "We're talking about a child."

A more serious case cited, they said, is the New York teenager who kicked an Asian-American man in the back, knocking him to the ground.

"Surely that is (and should be) a matter for the police," they said. "Fortunately, there is nothing to show this thuggish behavior represents a wave of racial violence."