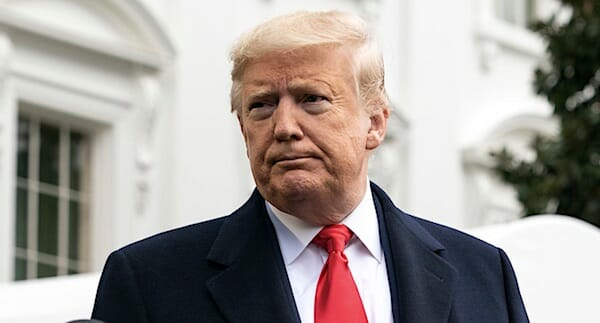 The Chinese coronavirus is being weaponized by opponents of President Trump who will spend millions of dollars to oppose the president in several Midwest states.

A key money man behind the move is liberal billionaire George Soros.

The report cites Federal Election Commission paperwork showing Soros' Democracy PAC gave $3 million for the cause, which was 77% of the $3.9 million the PAC reported receiving last month.

Overall, Priorities USA plans to spend in the range of $150 million in the key battleground states of Florida, Michigan, Pennsylvania and Wisconsin.

Trump defeated Hillary Clinton in those states in 2016, which she was expected to carry.

The Free Beacon reported: "Priorities is not the only group using the coronavirus pandemic to attack Trump. PACRONYM, a super PAC tied to the nonprofit ACRONYM, which was in charge of the botched Iowa app that caused chaos during the Iowa caucuses, is launching a similar campaign."

PACRONYM said recently it will spend $5 million on digital advertising against the president, taking advantage of the pandemic.

The report said David Brock's American Bridge PAC also has been weaponizing the coronavirus against the president.

Spokesman Bradley Beychok told the Free Beacon: "Our job is to hold Donald Trump accountable, and we have no plans to let up, particularly with a focus on economic issues as we've done to date. ... We're not going to give him a pass for bungling the government's response to this pandemic."

It's far from the only organized attack on the president. The Washington Examiner reported Tuesday that conservative radio host Mark Levin has accused Democrats in Congress of trying to "tank" the American economy to hurt the president.

He said America is facing a problem right now, and that means "Democrats believe there is opportunity. This Democrat Party is a diabolical, evil party."

The president wants businesses to be up and running and workers back at their jobs by Easter, April 12.