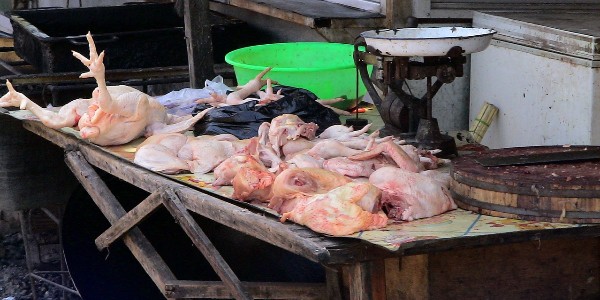 Just three miles from a wild animal market identified as the epicenter of the COVID-19 pandemic, Chinese government researchers were carrying out scientific research on 2,000 new viruses, including deadly bat coronaviruses.

The coronavirus strain -- which has infected 856,700 worldwide, with 42,092 deaths -- mutated from bats believed to have infected animals and people at a wild animal market in Wuhan, China.

A State Department official told Gertz the reports about Tian and his virus research are concerning.

"He is among the small team in Wuhan that has contributed to China’s obsession in recent years with virus hunting and research," the official said.

Gertz said the virus research will increase calls to hold China accountable for the outbreak.

"This is one of the worst cover-ups in human history, and now the world is facing a global pandemic," said Rep. Michael T. McCaul, Texas Republican and ranking member of the House Foreign Affairs Committee.

Chinese officials have said the virus likely spread from wild animals to people at Wuhan's Huanan Seafood Wholesale Market, which is near the Wuhan Centers for Disease Control and Prevention, the national center for China's bat virus research.

The researcher Tian lives a few hundred yards from the market.

Over the weekend, some of the stalls at China's "wet" wild animal markets have begun to reopen, British news outlets reported. And they have resumed
questionable practices such as slaughtering animals at the site.

Shortly after the outbreak became public in January, Chinese officials refused to provide samples of its coronavirus strains to U.S. researchers and barred international disease specialists from visiting Wuhan for weeks.

Gertz pointed out that Chinese state media outlets reported Tian once failed to wear protective gear when he came into contact with bat urine. He self-quarantined for 14 days.

"As long as I am not getting sick during the incubation period of 14 days, I can be lucky to get away with it," he said at the time.

Shenzhen News reported in December that Tian searched for viruses in bats and ticks in caves and jungles in an effort to develop vaccines. Nearly 2,000 viruses have been discovered in China over the past 12 years, the publication said, which is nearly double the total number of known viruses.

But biosecurity researcher Richard Ebright is among others who point to evidence indicating the virus may have escaped from a lab through either infecting a worker or an animal.

Ebright, a Rutgers University professor at the Waksman Institute of Microbiology, said the coronavirus is 96.2% similar to a bat virus discovered by the Wuhan Institute of Virology in 2013 and studied at the Wuhan CDC.

The professor said a Chinese video shows Wuhan CDC workers under Tian's direction carrying out unsafe practices. Workers are seen with exposed faces and wrists and a lack of goggles or face shields.