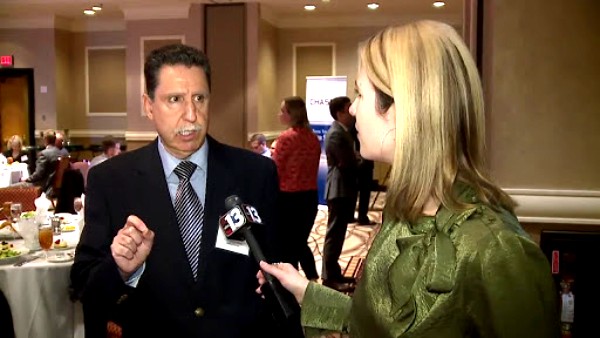 The chief medical officer who advised Nevada Democratic Gov. Steve Sisolak to issue an emergency order banning the use of the anti-malarial drugs hydroxychloroquine and cholorquine in his state to treat the coronavirus doesn't have a medical license to practice in the United States.

Ihsan Azzam has an impressive resume in epidemiology, but his lack of a license to practice was spotlighted two years ago by the Washington Times when he testified in court regarding the administering of certain drugs, the Gateway Pundit reported.

Violation of Sisolak's order is at least a misdemeanor crime. Along with making it illegal to prescribe hydroxychloroquine, the order bars its use as a preventative.

As WND reported last week, a doctor who works in New York City hospitals has found virtually 100% success treating COVID-19 patients with a combination of hydroxychloroquine, the popular antibotic azithromycin (known as Z-Pak) and zinc sulfate.

Late last week, the governments of Italy and France approved the use of the drugs to treat COVID-19 in response to a study by Dr. Didier Raoult, a professor of infectious diseases in Marseille. Didier's study used Z-Pak and hydroxychloroquine.

Along with Sistolak, Michigan Democratic Gov. Gretchen Whitmer also has banned prescriptions of the two drugs. Both governors claim the drugs were being hoarded, prompting allegations Democrats are attempting to discredit medications promoted by President Trump.

The Department of Health and Human Services said Sunday in a statement the drugs are permitted for use "in treating patients hospitalized with COVID-19 or for use in clinical trials."

The agency said both drugs "have shown activity in laboratory studies against coronaviruses, including SARS-CoV-2 (the virus that causes COVID-19)."

"Anecdotal reports suggest that these drugs may offer some benefit in the treatment of hospitalized COVID-19 patients," the HHS statement said. "Clinical trials are needed to provide scientific evidence that these treatments are effective."