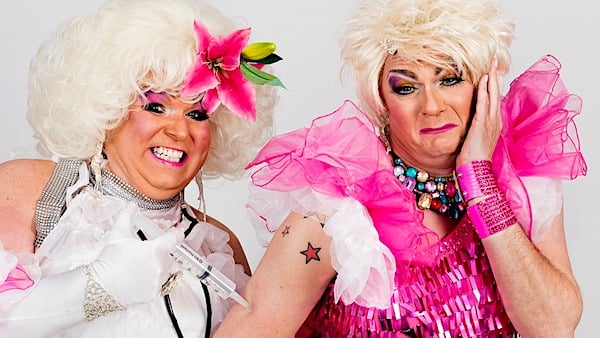 A state lawmaker in Missouri is facing death threats because he believes taxpaying parents should have input in how their publicly funded libraries are run.

Rep. Ben Baker has proposed the Parental Oversight of Public Libraries Act in response to libraries hosting events in which drag queens read books to children.

He's been targeted, consequently, by LGBT activists and advocates who call his plan, among other things, "imbecilic."

A friendly note of inclusive tolerance of all views from “All librarians” at the St. Louis City and County Libraries.
In other words their desire is to censor the freedom of speech and any opposing views. Such blatant hypocrisy! #Hb2044 pic.twitter.com/j8GGzfBihP

Family Research Council President Tony Perkins, in his Washington Update column, said the father of four "is getting death threats at his office, violent messages on his phone -- all for trying to give parents a say on Drag Queen Story Hour."

A St. Louis-area left a message saying, "STOP IT, with your imbecilic proclivities."

Perkins noted that "trying to protect children from inappropriate content in our libraries could get you killed."

Baker said it "seems we no longer live in a society where you can have civil discourse about ideas."

"Look, it seems like every week we hear another story where these things are happening in our library that are very disturbing," Baker said. "And it's happened several places in Missouri, [which] is what really sparked me to take on this issue – just realizing that we have got to do something about our public libraries being used as a tool, as a vehicle, to push the LGBTQ agenda onto our children."

He argues that libraries are "a public space funded by our tax dollars," and the drag queen events "shouldn't be allowed in those situations."

Perkins said Baker "hopes that moms and dads finally have a voice."

"But of course, that's exactly what the far-Left doesn't want."

Baker said it's "been, by far, the most hate and vitriol that I have received ... death threats and threats of violence."

"I think part of it is the American Library Association (ALA) is at the heart of this problem, and their policies are atrocious," he said.

Baker said the language he used when he wrote the bill, referring to "objectionable sexual material," was taken from U.S. Supreme Court precedents.

WND has reported on the growing campaign to have drag queen story hours in public libraries and schools.

In one case, a pastor was arrested for monitoring an event. Some have been used as fundraisers for abortionists. At one library, "unsuspecting" children got a look up the skirt of a drag queen

Recently, event organizers in Chula Vista, California, assured parents their drag queens were subject to a background check.But the activist group Mass Resistance found that was not true, calling it "another chapter in the sordid story of pro-LGBT politicians pushing a depraved agenda."

Some parents found out, however, and showed up with questions.
The library reacted by calling police to remove the parents.