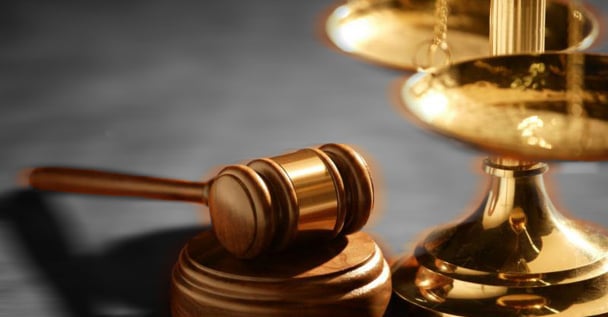 The U.S. Department of Education's Office for Civil Rights is investigating alleged anti-Semitism at Georgia Tech at the request of the American Center for Law and Justice.

The probe centers on an event called "Palestine 101" that pointedly excluded Jews.

It was put on by a student group called Young Democratic Socialists of America, which explains it is "students organizing in our universities, colleges, and high schools to fight for the immediate needs of workers and students while building our capacity to fight for more radical and structural changes."

When Lauren Blazofsky, the Georgia Tech director of  the Jewish campus group Hillel, tried to go to "Palestine 101," she was told she was not allowed because "she is Jewish."

ACLJ said Georgia Tech "allowed blatant anti-Semitic exclusion and harassment at a campus group event; attempted to conceal the offense; repeatedly and systemically stonewalled Jewish student and faculty efforts to address the incident; ignored two out of the three complaints arising from said event; and, after a student conduct board finally found the campus group guilty on the one complaint they did hear, violated their own policies and issued a decision on appeal reversing that guilty ruling – allowing the anti-Semitism to continue unchecked."

ACLJ said that after finally addressing the issue, Georgia Tech "mysteriously reversed its decision – well past the appeal decision deadline – caving to pressure from YDSA and other student activists."

"The ACLJ firmly believes that in our college institutions, the freedom of speech, even offensive speech, should be cherished and respected as part of what makes our democracy great. This case, however, is not about restricting speech, nor is it about the viewpoint of any person or club. This is about hateful, and frankly dangerous anti-Semitism," the organization said.

ACLJ's complaint letter to the federal agency said: "The clear message that Georgia Tech is communicating is that they are deliberately indifferent to the concerns and wellbeing of its Jewish population. Affected community members have been physically excluded from at least one event and Georgia Tech’s indifference to their legitimate concerns and complaints has made them feel unwelcome at many more. Without prompt and appropriate action – including requiring Georgia Tech to evenhandedly enforce its own rules and procedures and comply with Title VI – Jewish students will continue to be victimized by Georgia Tech’s implied consent for anti-Semitic discrimination and racism; will be unable to participate at additional campus functions; and will continue to be harassed and excluded."

The organization pointed out the student group YDSA claims to be linked to the Democratic Socialists of America, "an organization that counts anti-Israel U.S. Congresswoman Rashida Tlaib (MI-13) and Senator Bernie Sanders (VT) among its supporters."

Further, DSA has pledged support for the anti-Semitic Boycott, Divestment, and Sanctions movement, "which seeks to delegitimize and ultimately destroy the state of Israel."

ACLJ said the university also created a hostile campus environment and in other ways violated Title VI of the Civil Rights Act.