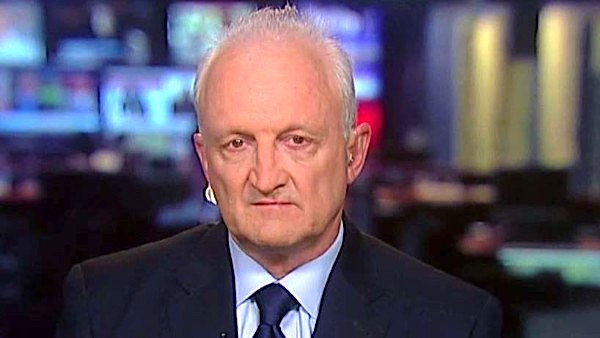 I get most of my daily news from scanning the internet sites of many newspapers and have found that the British papers have more U.S. news than our own papers.


Despite that, wouldn't you expect that the death – the mysterious death – of a major figure from our recent political history would get front-page coverage?

How about, some coverage? Somewhere?

If you live where I do in the San Francisco area, the answer is yes, you would "expect" it, but NO, you would not get it because the politics isn't right.

In fact, the incident – the discovery of the body, shot dead, has been totally ignored by local newspapers.

Forgive me, but I'm one of those old-fashioned folks who likes to read a real newspaper over my morning coffee. It's a relatively quiet time to get up-to-date on current news.

I used to subscribe to several dailies and felt that I got from them what I wanted – NEWS! Now, however, I am down to just one paper – The East Bay Times – and the only reason is because I hope to get local news. But even that is marginal; most of the paper is devoted to full-page medical and legal ads as well as legal notices, comics and other fill.

The "business section" is put on the last page of the sports section, which in itself has shrunk.

It's a sad commentary on what used to be a vital and healthy means of bringing news to people. But it parallels what has happened to television and radio news. This story has been ignored by those outlets as well. As someone who worked for years in both radio and TV news, this situation is astonishing.

What am I talking about? The mysterious death of a man named Philip Haney. On Feb. 22, the sheriff's office in California's Amador County reported that a dead body was found next to the man's truck, in its jurisdiction 40 miles from Sacramento, the state capital. Their first report was that the man died from a single, self-inflicted shot to the chest. A gun was found near the body.

The body was found in an open area, adjacent to State Highway 16 – about 3 miles from the R.V. park where Haney lived.

That conclusion about the death of the 66-year-old garnered a mountain of objections from the man's friends and family – that it could not have been a suicide. He was about to publish a new book and was planning a marriage in the next month.

They said it was not suicide – but foul play. Murder. They called it an "assassination."

There was so much commotion about the case that the sheriff has issued further reports and is investigating further the cause and manner of death. Also, the sheriff's office has backtracked on the "suicide" claim.

You probably don't know of Philip Haney, as mainstream media have done their best to hide and ignore his role in our political history – just as they are doing to ignore his death.

As reported in the American Thinker, according to freelance journalist and former WND news editor Leo Hohmann, Haney "was dangerous to the deep state. He was a whistleblower who uncovered the Obama administration's malfeasance in shutting down the Department of Homeland Security's system of monitoring mosques and the imams who inspire young Muslims to commit jihad. Phil was instrumental in setting up a system that would net these terrorists."

Haney spent 12 years with DHS and was especially critical of the policies of President Obama. His series of articles, speeches and his book – "See Something Say Nothing," co-authored with WND news editor Art Moore – gained him a high profile, and in June 2016, he testified before the Senate Judiciary Committee.

Haney testified that DHS ordered him to delete the files of people with links to Islamist terrorist groups and said that several terrorist attacks in this country could have been prevented had the data not been scrubbed.

Needless to say, his words and high profile did not garner him any friends in the deep state, but that didn't deter him. He told friends that in addition to his forthcoming book, he said he was planning on doubling down on efforts "to protect America from progressive leftist socialists."

As quoted in Breitbart, Rep. Steve King, R-Iowa, said Haney "didn't kill himself." He said Haney "was a target because of all he knew of Islamic terrorist cover-ups. He insured his life by archiving data that incriminated the highest levels of the Obama administration."

When I first saw the report of the discovery of the body, I was interested in following it. I have a stack of articles from the Internet about his death but NOTHING from mainstream news sources.

My local paper has printed not a word about the incident – the body, the man, the cause of death. I checked the paper daily and found nothing, yet editors found it important to print more than 200 column inches, front-page stories and color pictures last week about a local couple who was lost and found in good shape by rescuers.

If I ever – or you ever – needed an example of a massive cover-up by the "political establishment," this is it – and I have no doubt the truth is more than ugly. That our "free press " would be party to the cover-up is more than reprehensible.

Barbara Simpson
Barbara Simpson, "The Babe in the Bunker," as she's known to her radio talk-show audience, has a 20-year radio, TV and newspaper career in the Bay Area and Los Angeles.
Politics are ugly – but this country is beautiful
Joe Biden's deadly inaction on the border crisis
M.D.s take on Newsom over law that threatens their careers
Should landlords be taxed for keeping rentals empty?
Free speech is officially dead in public schools
See more...