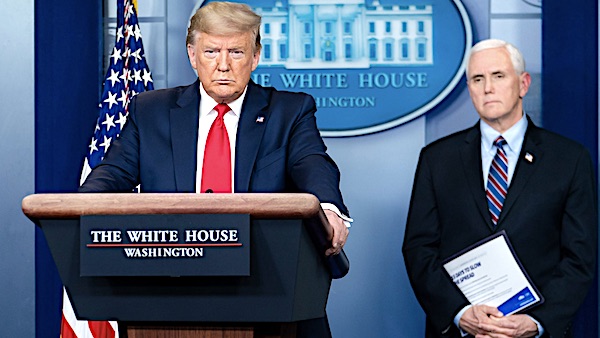 The U.S. Food and Drug Administration issued an emergency-use authorization late Sunday for two antimalarial drugs that, according to many doctors, have shown remarkable success treating patients afflicted with the novel coronavirus.

President Trump has touted the promising results of chloroquine phosphate and hydroxychloroquine sulfate with off-label use. The FDA began clinical trials one week ago but had not approved the drugs for treatment of COVID-19, the disease caused by the coronavirus, the Washington Times reported.

As WND reported last week, a doctor who works in New York City hospitals has found nearly 100% success treating COVID-19 patients with a combination of hydroxychloroquine, the popular antibotic azithromycin (known as Z-Pak) and zinc sulfate.

Late last week, the governments of Italy and France approved the use of the drugs to treat COVID-19 in response to a study by Dr. Didier Raoult, a professor of infectious diseases in Marseille. Didier's study used Z-Pak and hydroxychloroquine.

HHS said the drugs, which have been used to treat malaria, lupus and other diseases, are permitted for use "in treating patients hospitalized with COVID-19 or for use in clinical trials."

The agency said both drugs "have shown activity in laboratory studies against coronaviruses, including SARS-CoV-2 (the virus that causes COVID-19)."

"Anecdotal reports suggest that these drugs may offer some benefit in the treatment of hospitalized COVID-19 patients," the HHS statement said. "Clinical trials are needed to provide scientific evidence that these treatments are effective."

Crediting President Trump for his "bold leadership," Health and Human Services Secretary Alex Azar said the federal government will "continue working around the clock to get American patients access to therapeutics that may help them battle COVID-19, while building the evidence to evaluate which options are effective."

The Times noted that Democratic governors in Michigan and Nevada have restricted prescriptions of the two drugs. They claimed the drugs were being hoarded, prompting allegations Democrats are attempting to discredit medications promoted by the president.

On Twitter, she insisted there's a "total lack of scientific evidence that chloroquine/hydroxychloroquine are beneficial in the treatment of COVID-19."