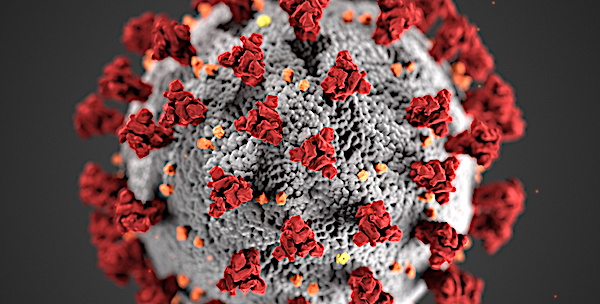 There is no doubt the coronavirus is a serious concern, with more than 500 cases in the United States and 22 deaths.

While the Centers for Disease Control estimate flu viruses kill up to 61,000 and more than 860,000 died from abortion in 2017, the fears over the coronavirus was at full volume Monday.

The Sun newspaper of London reported an airline cabin crew tackled a woman who sparked coronavirus panic by coughing on staff deliberately to get them to let her off jet.

Reuters reported Saudi Arabia was preparing to impose fines of up to $133,000 on travelers who hide details about their health issues when they are asked about them at entry points.

The Daily Beast reported New York Gov. Andrew Cuomo announced prisoners in the state will make 100,000 gallons of hand sanitizer a week and might be assigned to digging graves.

The Sacramento Bee reported a Chinese restaurant, Sichuan Impression, is taking the temperature of customers, and if they show a fever, will help call local medical services.

The Week described the death of a coronavirus victim at a nursing home in Washington state, who went from "no symptoms" to "death" in just hours.

The report noted the care center is for the elderly people recovering from illnesses, "so those who died likely had weaker immune systems."

The Associated Press reported the "damage is mounting" as the Organization for Economic Cooperation and Development cuts its forecast for global growth to 2.9%.

"From Florida, where the CEO of a toy maker who can't get products from Chinese factories is preparing layoffs, to Hong Kong, where the palatial Jumbo Kingdom restaurant is closed, businesses are struggling. The virus has grounded a British airline, and it's sunk a Japanese cruise-ship company," the report said.

The coronavirus was blamed for the decline, along with an oil price war that developed suddenly and crashed Monday's markets. And officials warned it was "past the point of containment."

When reporters for several establishment media outlets were quarantined, it immediately made headlines.

Talk-radio host Rush Limbaugh said there is bound to be "short-term panic."

"But then reassure people that the rebound and upsurge is going to follow because this is going to pass, it's gonna end as it always does. If people are panicking, if people have a short-term panic, acknowledge it. Don't tell 'em they're wrong for feeling it. It's a lost cause," he said.

"If it has been around for a while — and we don’t know that because not everybody that comes in contact with this is infected by it — then it isn’t gonna end up being more lethal than swine flu or regular old store-bought influenza A. And if it’s no more lethal than that, then we have a baseline. As the president’s pointed out, the number of people that die from the flu every year is 18 to 30,000."

He continued: "Well, we’ve come to accept that without panicking about it, without demanding scalps. We’ve just come to accept it because we intellectually have accepted what the flu is. So if this virus ends up being no more lethal than that, then we have a baseline, then we know that it’s not gonna be that much more contagious. Then when we finally do start testing everybody, we are going to learn that lots of people have been exposed and test positive who do not have symptoms."

He said that could be perceived as good news, because "all kinds of people test positive for it but don't have one symptom."

The real danger, he said, is for seniors who have underlying health issues.

"It’s a respiratory disease. You could even call it a 'viral pneumonia' if you wanted to among those it infects. It is not infecting the real young, but it is devastating people who are over 65 or 70, who have an underlying respiratory problem," Limbaugh said.

Postal worker refused accommodation by employer to not work on Sabbath, fired