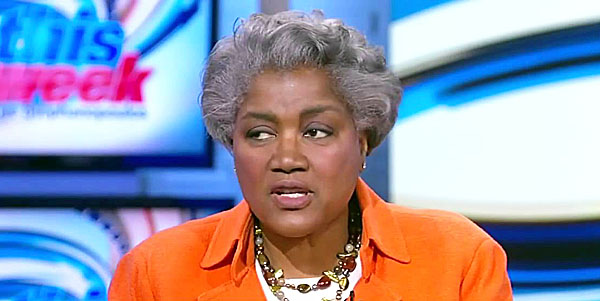 Brazile lashed out at McDaniel for asserting the Democratic Party put its thumb on the scale in favor of one candidate during the party's primaries.

When Brazile led the DNC during the 2016 race, she shared debate questions with candidate Hillary Clinton ahead of primary debates and "faced accusations that the party was rigging the nomination contest against Sanders," the Washington Examiner recalled.

She later wrote a book admitting that a fundraising agreement between the DNC and the Clinton campaign looked "unethical."

In the 2020 race, candidate Bernie Sanders has given life to the charge that the party is working against him again.

When McDaniel raised the issue, Brazile's public response to her was to "go to hell."

McDaniel said: "I felt very in my lane saying that this is happening. I don't think it’s something that we can't discuss, and I think her response was a little out of line and disproportionate to my comments earlier today.

"It’s never fun to have your teenagers come home from school and say, 'Hey mom, you’re trending on social media because some woman said you should go to heck.' But that being said, politics is a contact sport, and you know, I think Donna was out of line with her response," McDaniel said.

"Of course, we all recognize that the Democrats did put the thumb on the scale for Hillary Clinton in 2016 because of Donna, because of the book that she wrote, she exposed that."

McDaniel tweeted said she understood, though, and would "be having a bad day too if my party was still hopelessly divided."

Brazile later elaborated on her attack.

"And I want to make sure that the chairwoman — I know what her job is like — but I want her to understand, to respect the process on the Democratic side. ... Democracy is messy, but do not tell the world that the Democratic Party is trying to rig it for one candidate."

Speaking on "Fox & Friends" Wednesday morning, Brazile said: "Now, let me just say this because I don't want to be a bad girl today. I was a bad girl yesterday because you know I'm a hot sister."