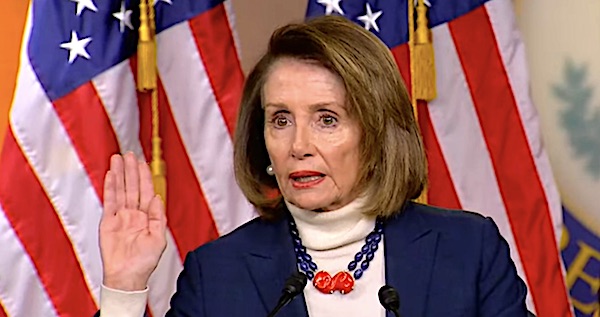 The two sides failed to reach an agreement Sunday night on the "Phase 3" relief package, which includes a $1,200 rebate check for most taxpayers, along with $500 for each of their children living at home. It also features help for small businesses and large corporations.

Republicans, needing 60 votes to move forward on the bill, got no Democratic votes Sunday night. Five GOP senators were not present because they tested positive for the coronavirus and are under quarantine.

McConnell said that as the economy nosedives, putting the welfare of businesses and individuals at risk, Democrats are pushing measures from their radical Green New Deal, trying, among other things, to extract concessions from airlines over their "carbon footprint."

"They ought to be embarrassed. This is no time for this nonsense," he said.

Earlier Sunday, McConnell said the bill had support from "a lot of rank-and-file Democrats who were involved in drafting it."

However, a senior Republican aide told Fox News that on Sunday night, a "last-minute list of demands from Pelosi's and Schumer's ideological wish list are coming into focus."

"Not only are these completely unrelated to the coronavirus epidemic, they could prevent companies from participating in the loan programs altogether—directly causing unnecessary layoffs," the aide said.

Sen. Tom Cotton, R-Ark., confirmed on Twitter Monday morning that Pelosi and Schumer "are willing to risk your life, your job, your retirement savings for a radical, left-wing wish list that has nothing to do with this virus. Disgraceful."

The Democratic leader insisted Democrats are negotiating in good faith for the benefit of the nation.

Just after midnight last night, Schumer told reporters there were "some serious problems with the bill leader McConnell laid down."

"Huge amounts of corporate bailout funds without restrictions or without oversight -- you wouldn't even know who is getting the money. Not enough money for hospitals, nurses, PPE, masks, all the health care needs. No money for state and local government, many of whom would go broke. Many other things," the Democratic leader said.

But Republicans are pointing to the words of House Majority Whip Rep. Jim Clyburn, who told colleagues in a conference call last Thursday the coronavirus crisis is "a tremendous opportunity to restructure things to fit our vision."

McConnell said the emergency bill "is not about unrelated policy changes."

It's about "direct assistance to the American people," he said, "and to small businesses and to hospitals and others who are in need because we in government at all levels, in order to deal with this pandemic, have basically shut the economy down."

Pelosi, after returning to Washington after a weeklong House recess, came with a "laundry list" of demands unrelated to the crisis, the Republican aide said, including wiping out up to $10,000 in student loan debt per person and election-security funding.