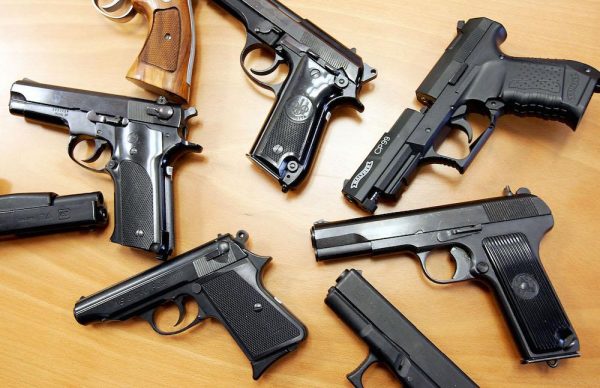 The various emergency orders being adopted by governments across the United States to respond to the threat of COVID-19 grant officials a wide range of extreme power, sometimes including the options to stop the sale of alcohol, stop the sale of gasoline, stop the sale of guns, ration food and other commodities, and even confiscate property.

The Washington Examiner, for example, explained that the mayor of Champaign, Illinois, "gave herself the power to ban the sale of guns and alcohol after declaring a city wide emergency."

The report explained, "Mayor Deborah Frank Feinen signed the executive order on Thursday declaring a state of emergency for the city. That executive order, which is in line with municipal code, comes with extraordinary powers for the mayor to enact over a short period of time as the city combats the spread of the coronavirus."

The actual emergency order addresses various options for city council meetings, board and commission meetings, flexibility with licenses and permits, special purchases and such.

But the order also cites "other emergency powers," including those that are "provided by Section 12-39 of the Champaign Municipal Code."

And the extreme measures are readily apparent in the code documentation.

There, they mayor "in the interest of public safety and welfare," could "order the closing of all retail liquor stores."

And "order the discontinuance of selling, distributing, or giving away gasoline or other liquid flammable or combustible products in any container other than a gasoline tank properly affixed to a motor vehicle."

Also, "order the discontinuance of selling, distributing, dispensing or giving away of explosives or explosive agents, firearms or ammunition of any character whatsoever."

Also, order "rationing, issuing quotas, fixing or freezing prices, allocating the use, sale or distribution of food, fuel, clothing and other commodities, materials, goods or services."

And "Order city employees or agents, on behalf of the city, to take possession of any real or personal property of any person, or to acquire full title or such lesser interest as may be necessary to deal with a disaster or emergency, and to take possession of and for a limited time, occupy and use any real estate to accomplish alleviation of the disaster."

And "suspend or limit the use of the water resources or other infrastructure."

The Examiner reported Jeff Hamilton, Champaign's city manager, said, "The executive order allows the city to be flexible to properly respond to the emergency needs of our community. None of the options will necessarily be implemented but are available in order to protect the welfare and safety of our community if needed."

Champaign officials tried to assure residents they would only take steps "necessary to ensure the health, safety, and welfare" of the city's residents.

"The council said in a statement. "We understand this is a challenging time but working collaboratively as a community is the best approach to combating this virus."

At Summit News, Paul Joseph Watson reported that the city promised to "keep the public’s best interest in mind" in the use of its powers.

The city later posted a document explaining that its goal is to have flexibility to "take the appropriate actions to respond to any local emergency."

Please read the statement below then watch the excerpt from today’s meeting, which explains what the emergency order entails. The full meeting will be shared on social media and on the City's website shortly as well. https://t.co/MpVhs5woxW pic.twitter.com/Ly0EeNfFht

Summit News commented that it might not go so smoothly if authorities try to take "guns and alcohol."

Attempting to seize Americans' guns and alcohol during a lockdown quarantine? Yeah, good luck with that."